Being a Tourist in Banff 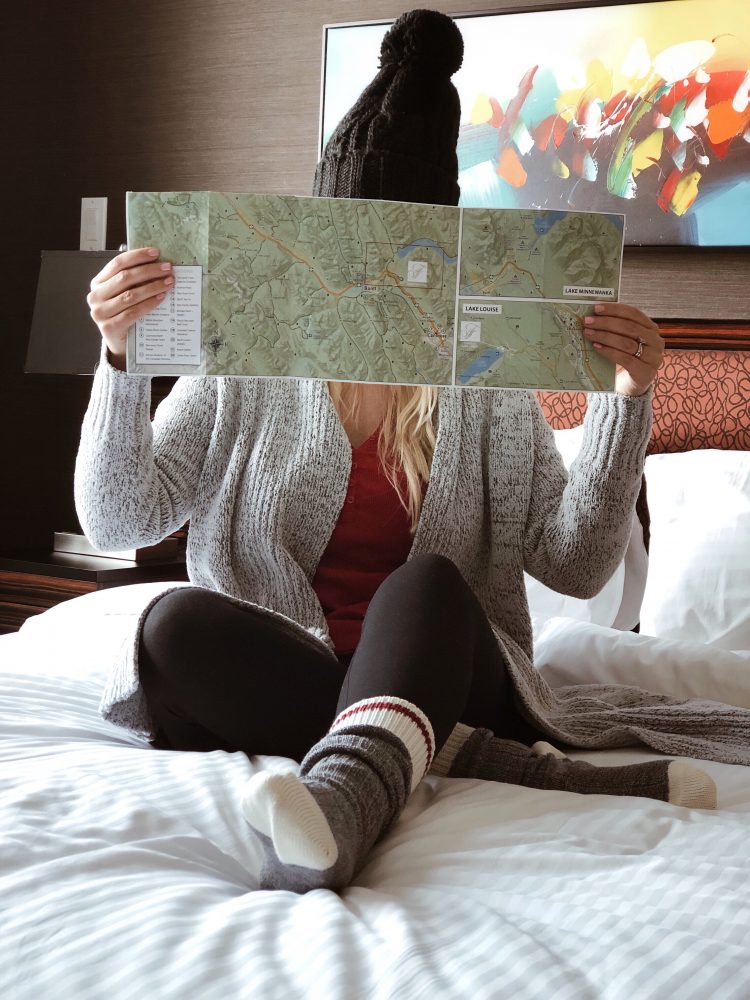 Gosh Canada is SO beautiful!! I was blown away by how stunning the scenery was when we were driving from Calgary to Banff. There were quite a few cars that had slid off the road because the driving conditions were pretty sketchy but I said a prayer before we left and we ended up missing the worse of it- later they closed the freeway until the storm had passed. That first day that we arrived was the worst weather, so the rest of the time wasn’t too bad. If you saw my insta stories while I was there then you might have seen a few videos of our dogsledding adventure. It was one of the coolest things I’ve ever done! I obviously have a deep love for dogs (Scotch is practically a little prince around our house) so I was nervous that the dogs weren’t treated very good. I was devastated when I found out what are done to elephants in order to get them trained so tourists could ride them, so I was really hoping it wasn’t a situation like that. To be honest, it would be hard to know for sure how the dogs are treated because they are kept in a different spot than where the tour starts, however, I asked the tour guides a lot of questions and felt like they were being honest. I also really liked our “Musher” aka tour guide because it was clear he loved the dogs too and told me he couldn’t work for a company that wasn’t treating the animals properly. So all in all, I felt like the dogs really enjoyed giving the tours and it was so cool to see them doing what they love. The area that we took the dog sledding tour around was stunning.

We would go through some wooded areas and then come out to see huge mountains hovering over a frozen lake.

The picture of me standing in huge snow pants with the frozen lake in the background- they gave me those pants after seeing my jeans and telling me I would freeze, LOL.

Another thing we did that I loved was take a gondola ride to the top of the mountain in Banff and eat dinner at the restaurant up there. When we got to the bottom of the gondola to pay to go up, the guy at the register was trying to talk us out of it because the visibility wasn’t very good that day due to the stormy weather. We went anyway and I thought it was still beautiful. I could see that we were surrounded by mountains, which were all covered in snow. My mother in law had just gone about 2 months before our trip, so she said the view didn’t compare to when it was clear, but I still thought it was pretty awesome. We had one of those long European dinners where you just sit for several hours and keep ordering more food and drinks and talking. It was so fun! The one thing I really wanted to see that I didn’t get a chance to was Lake Louise. We navigated to the wrong Fairmont Hotel (there’s 2) and didn’t have time to get to the Lake Louise one once we figured it out. I was bummed but the picturesque scenery I was expecting wasn’t going to be there anyway since the lake was frozen over. I always see the pictures of Lake Louise on Pinterest with someone in a canoe on the beautiful blue green water and ever since then, I’ve wanted to go! Well no canoe adventures during winter, so all the more reason I need to come back for Summer. Also, I think Mike would really like it during summer and I want him to see how cute Banff and Canmore are. (I mentioned in my last post that I went on this trip with just my mother-in-law).

One thing I would really recommend if you’re visiting the area is staying in Canmore, rather than Banff. Unless you want to stay somewhere really nice, like the Fairmont, then stay in Banff, otherwise you get way more for your money by staying in Canmore. It’s about a 15 minute drive between the two towns and I actually thought the downtown area of Canmore was so cute! It’s not as touristy as Banff and seems a little more homey. We rented this airbnb in Canmore and it was perfect and I loved that we had a little fireplace. We also found this French bakery in Canmore and it was the real deal! Omg their pastries were amazing… I want to go back just to have some more of those. 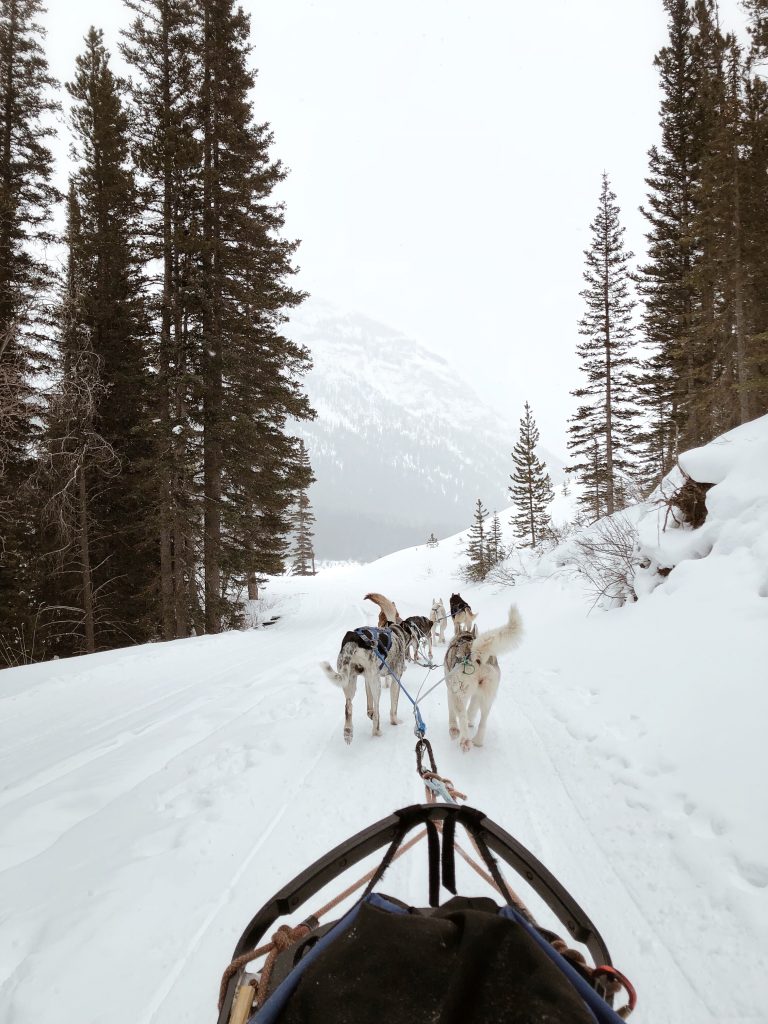 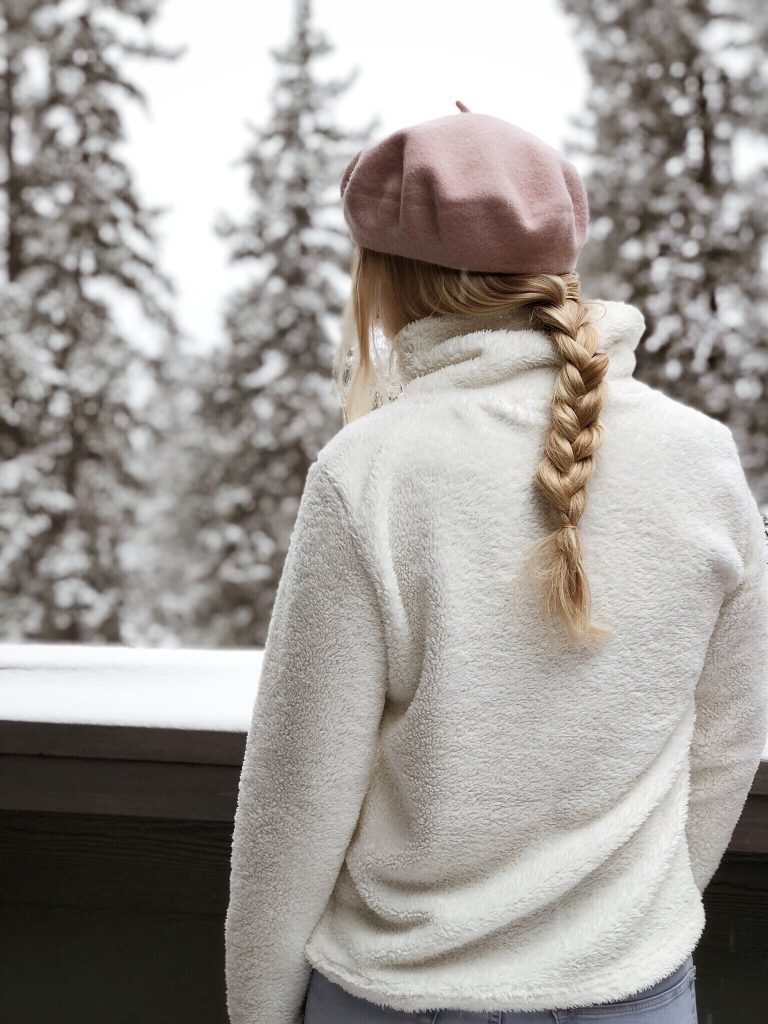 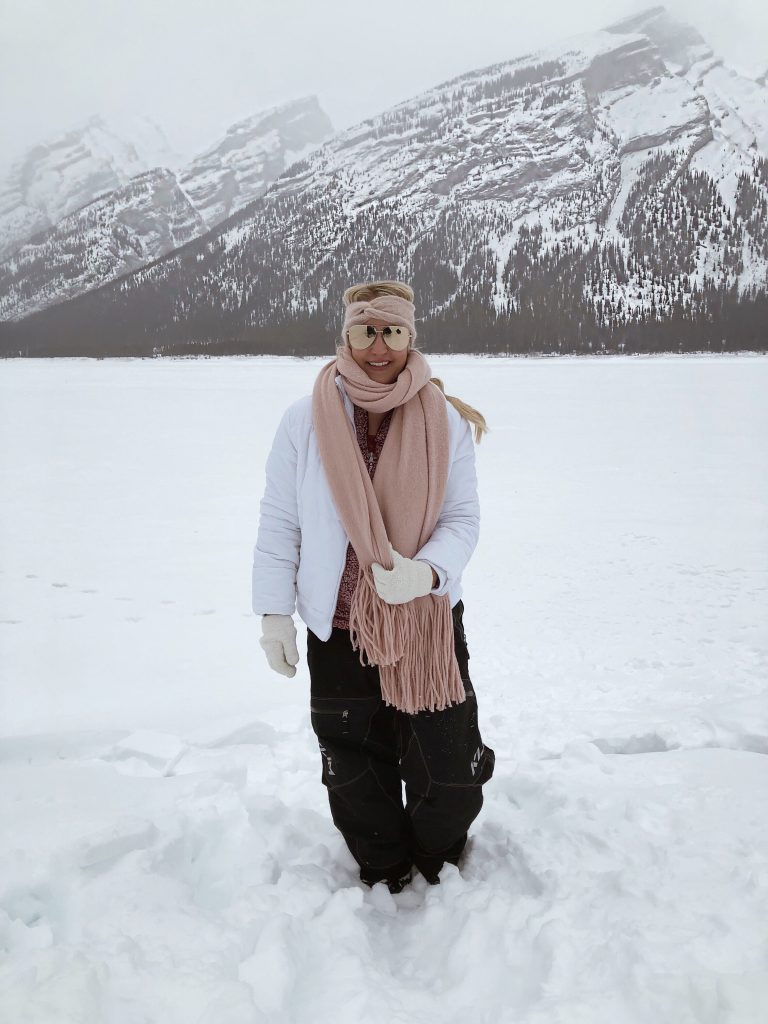 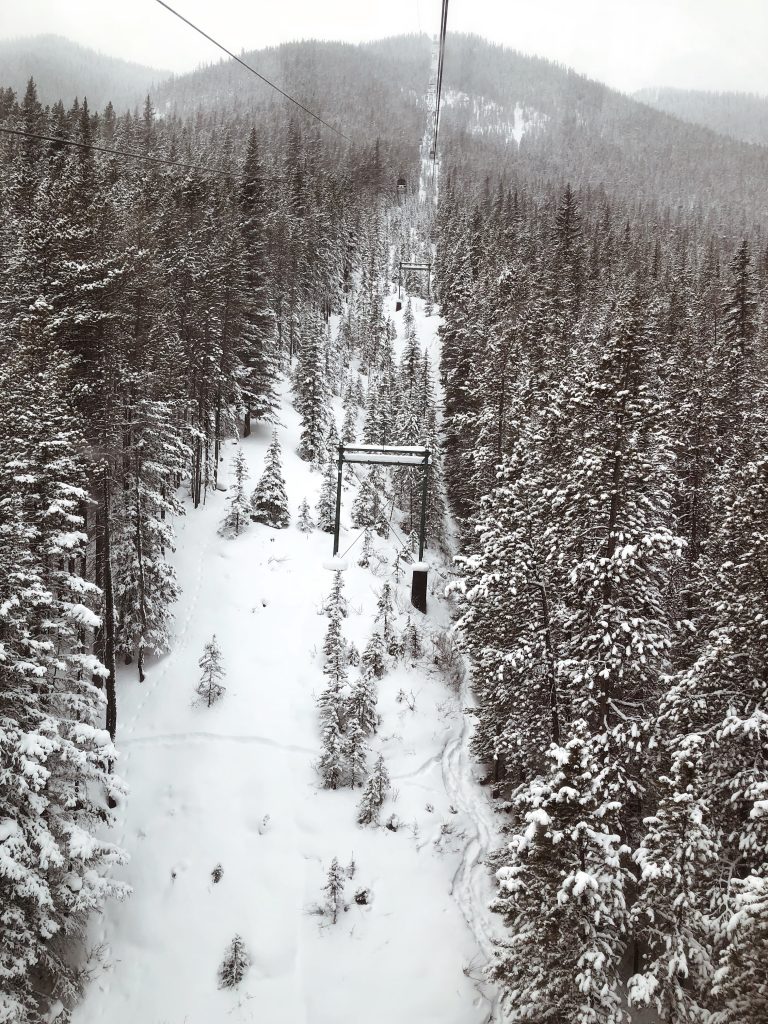 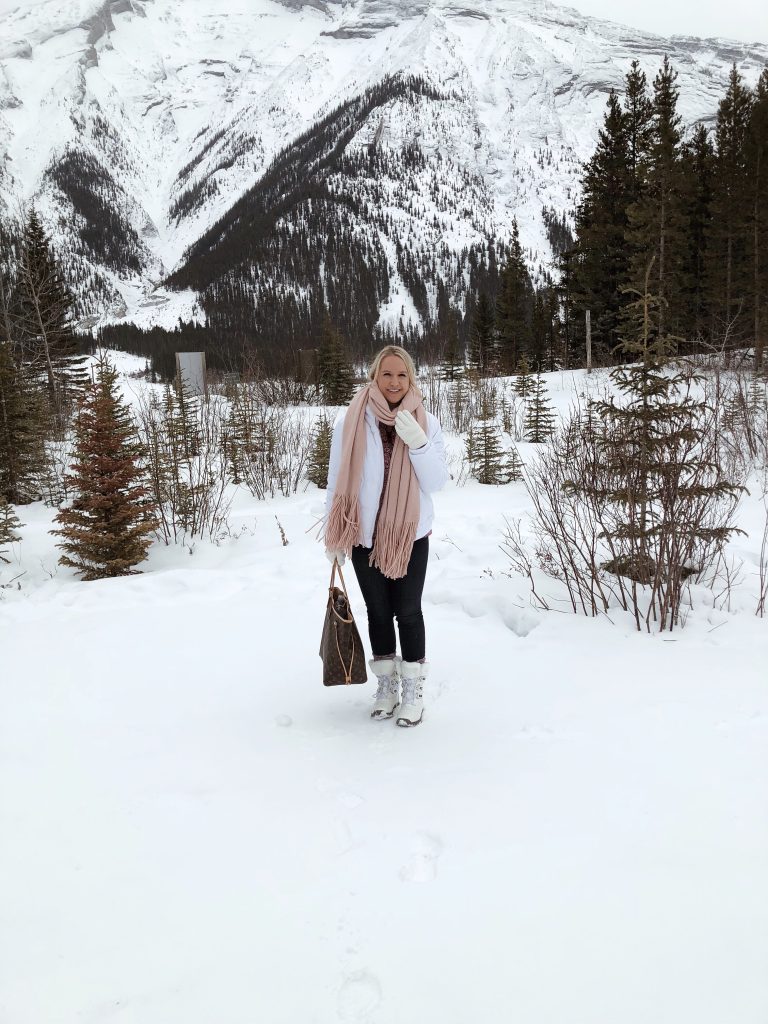 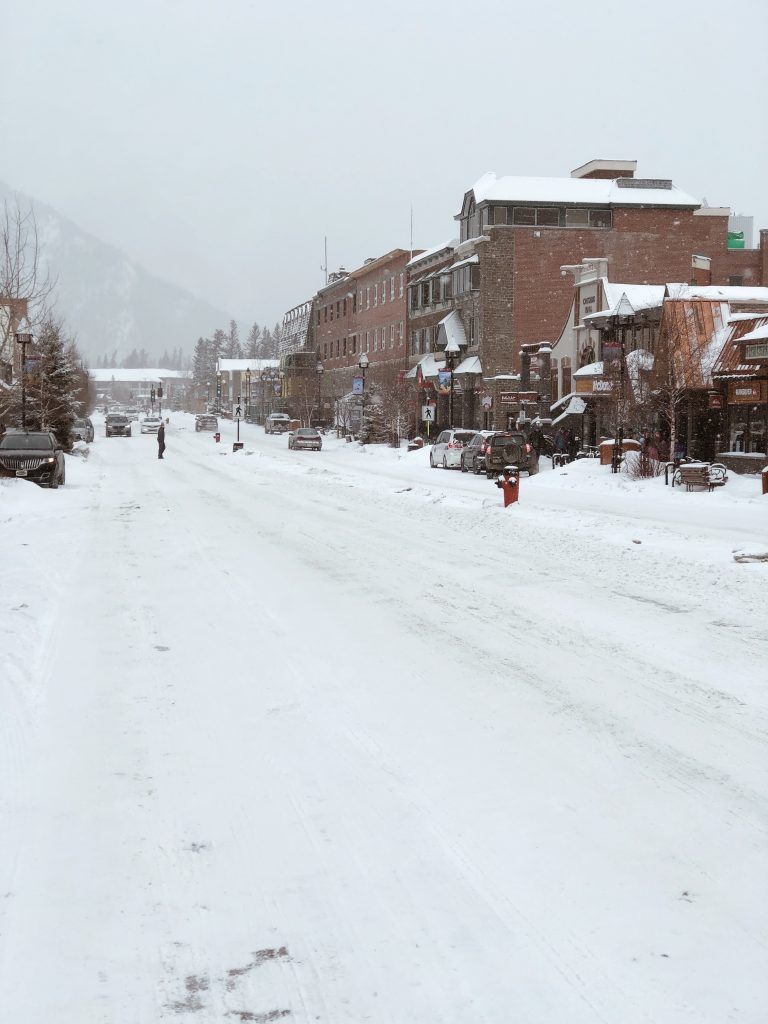 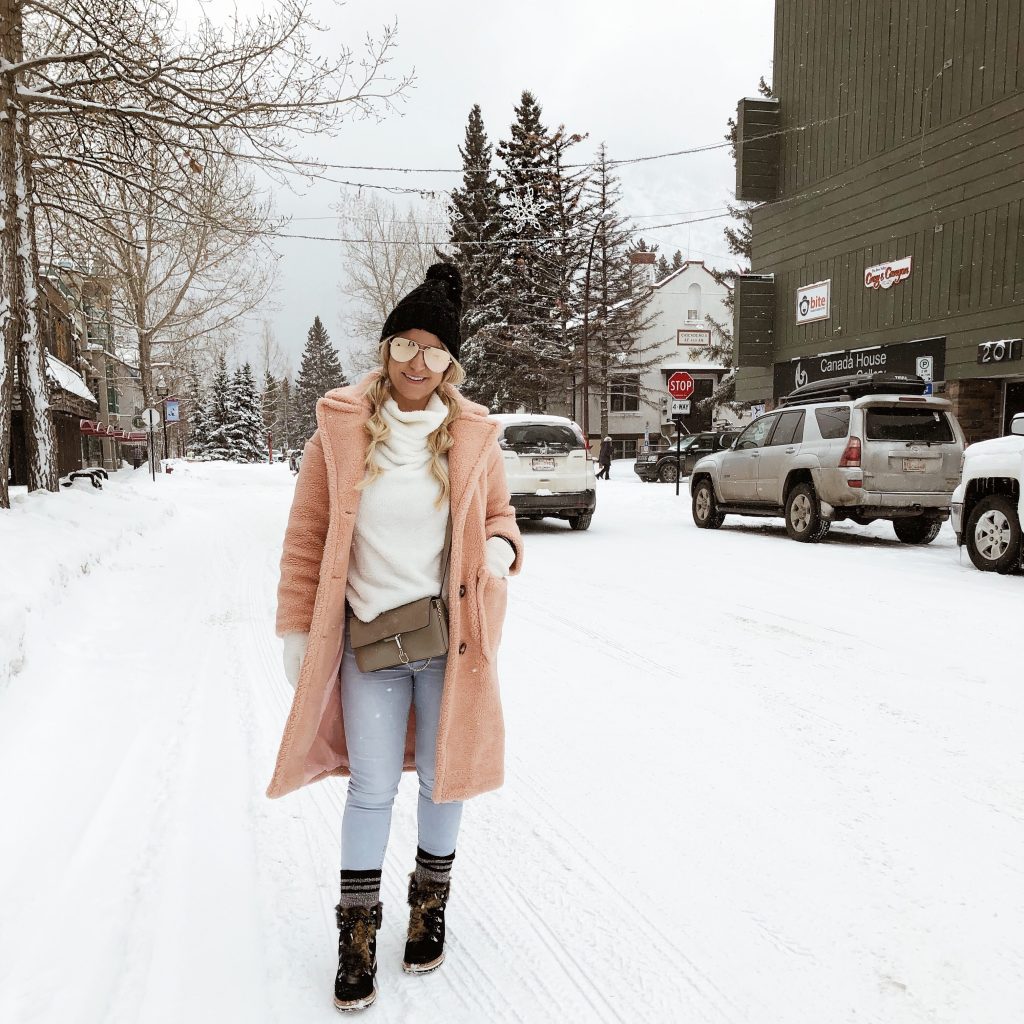 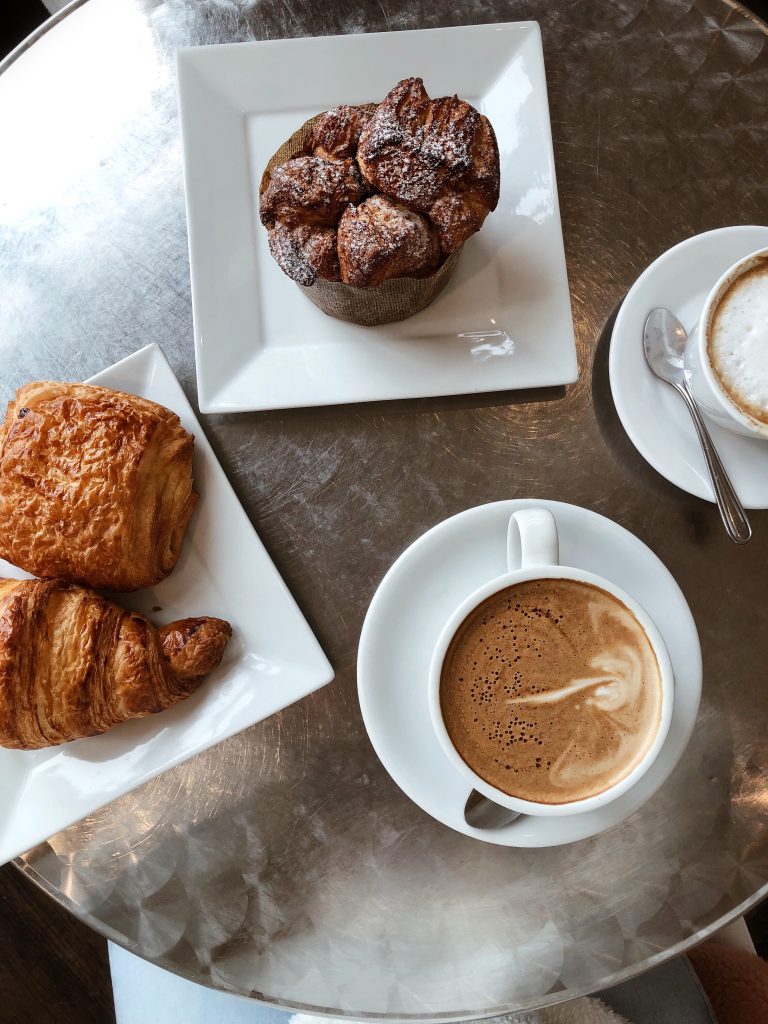 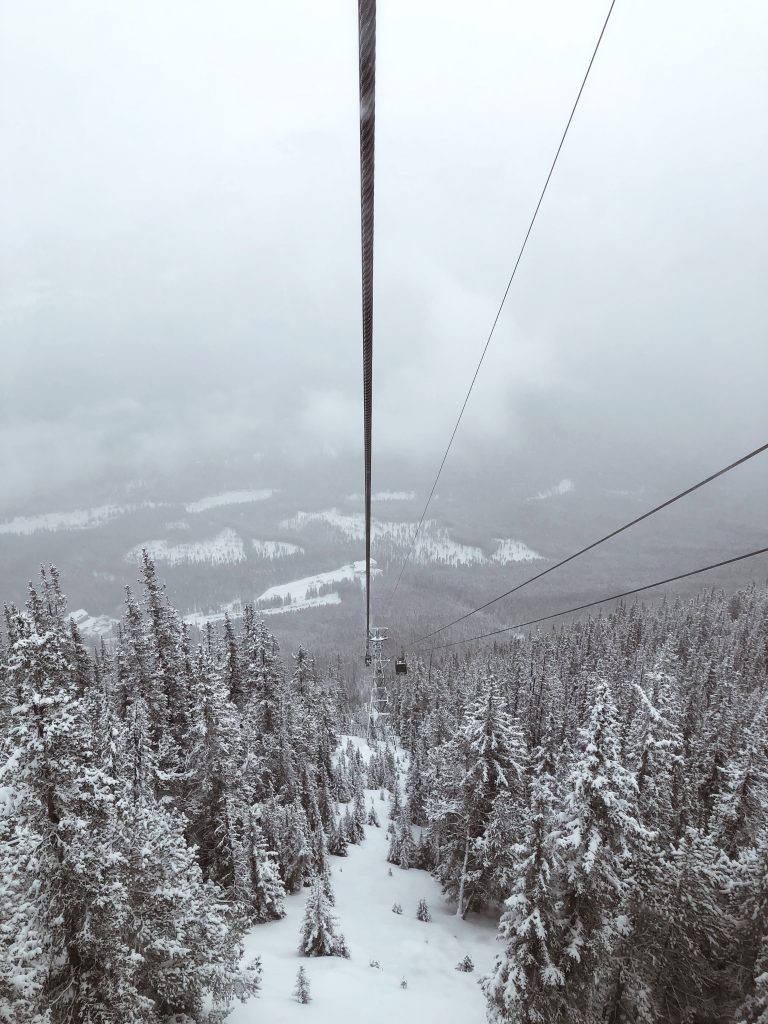 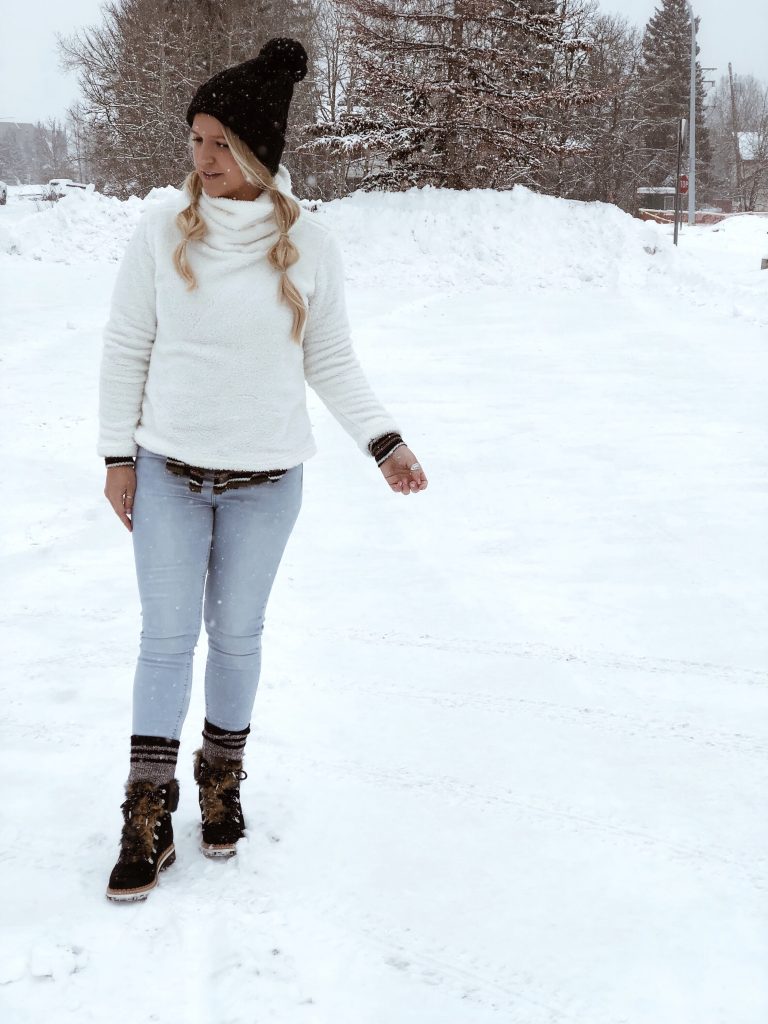 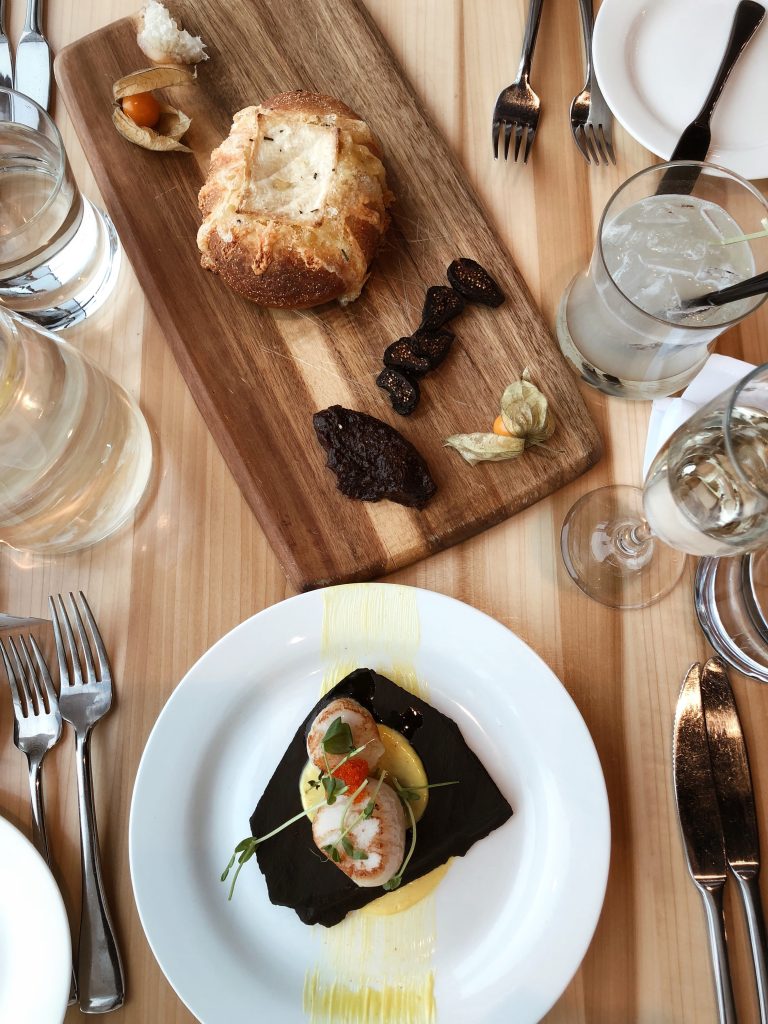 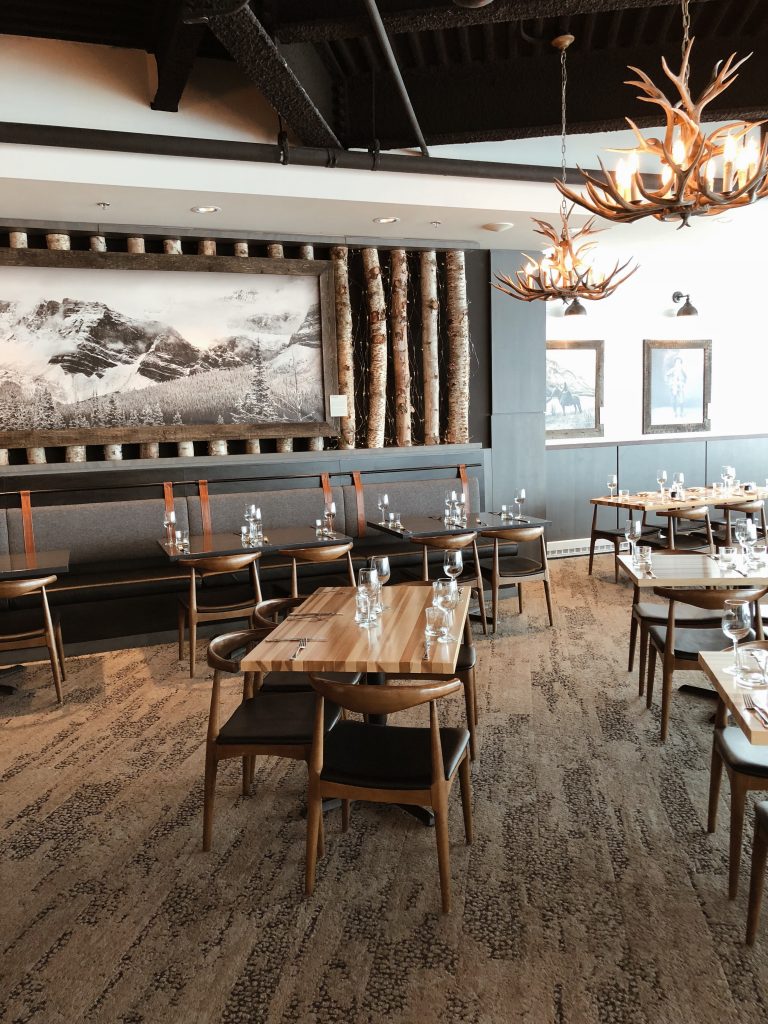 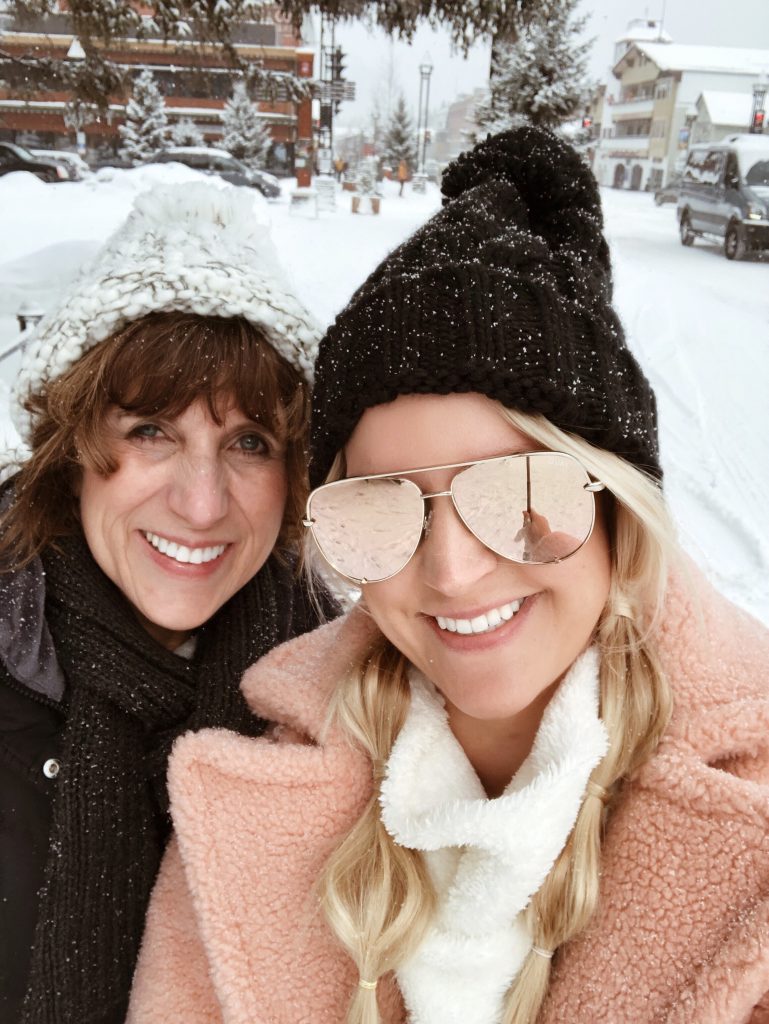 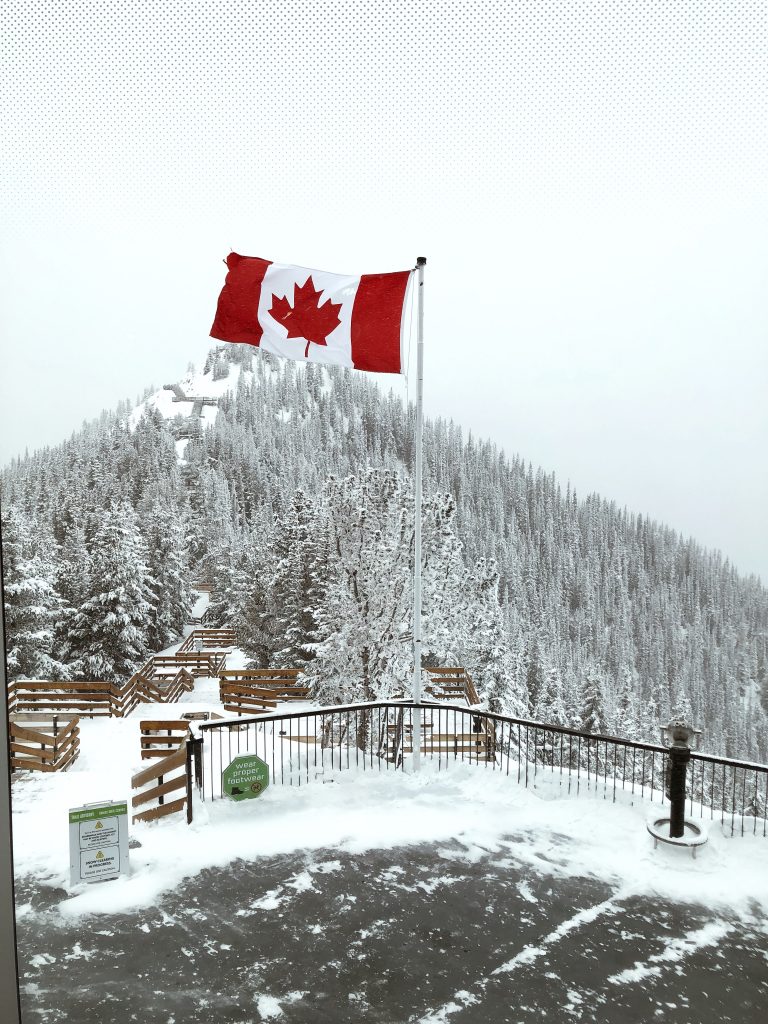 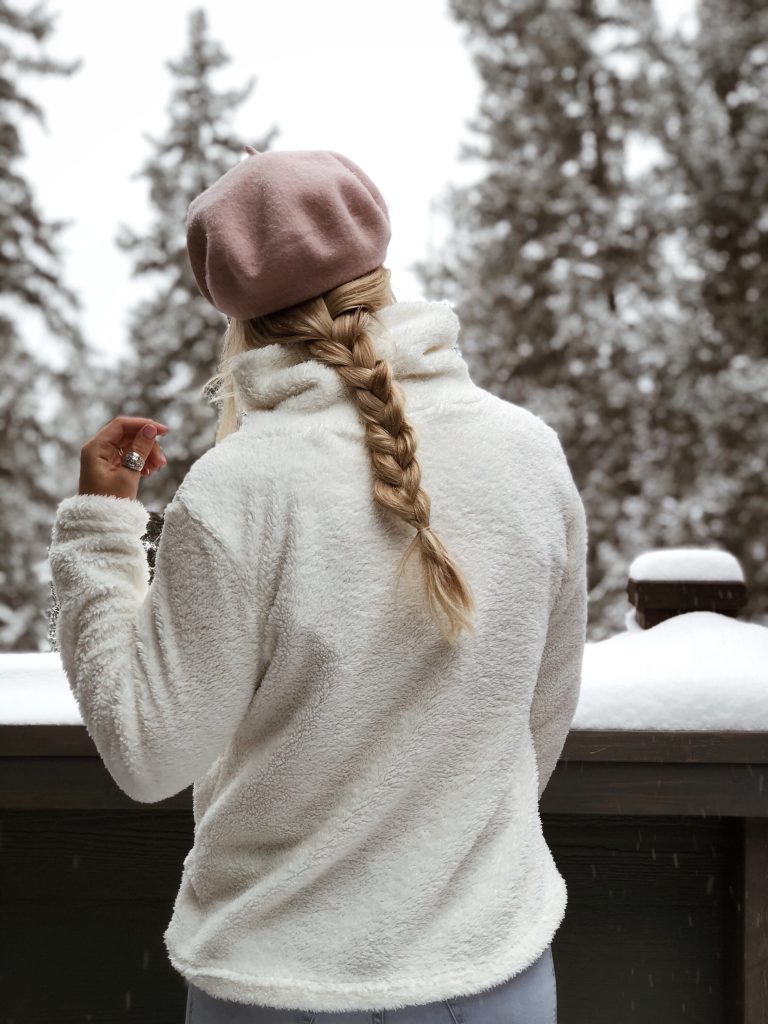 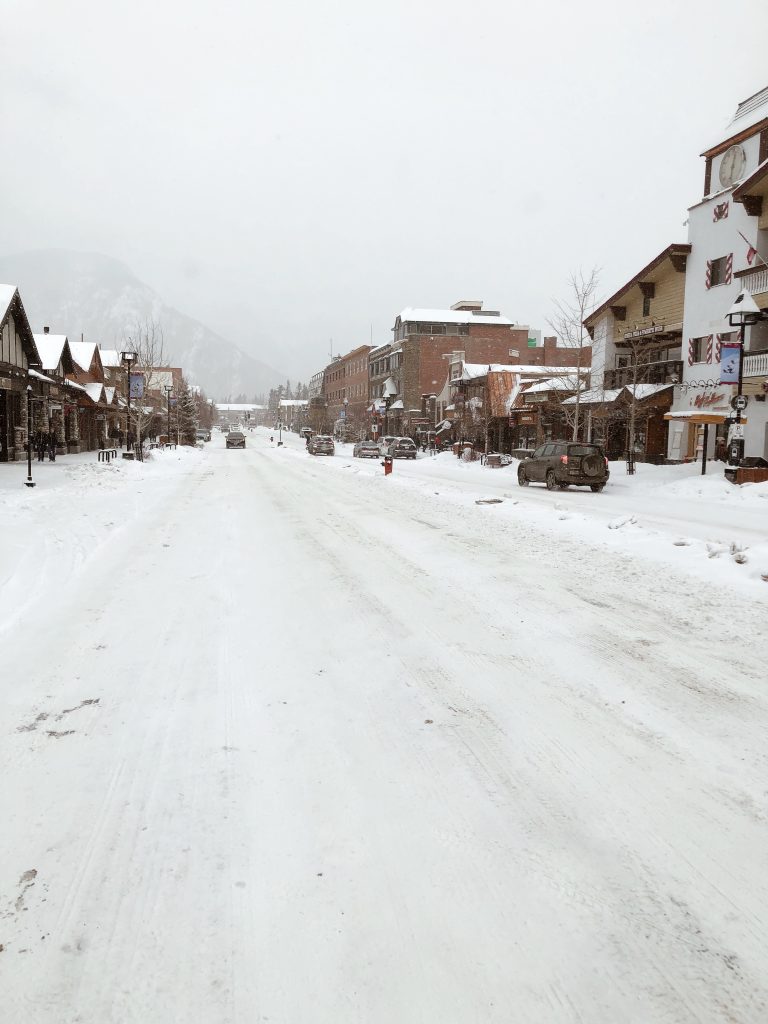