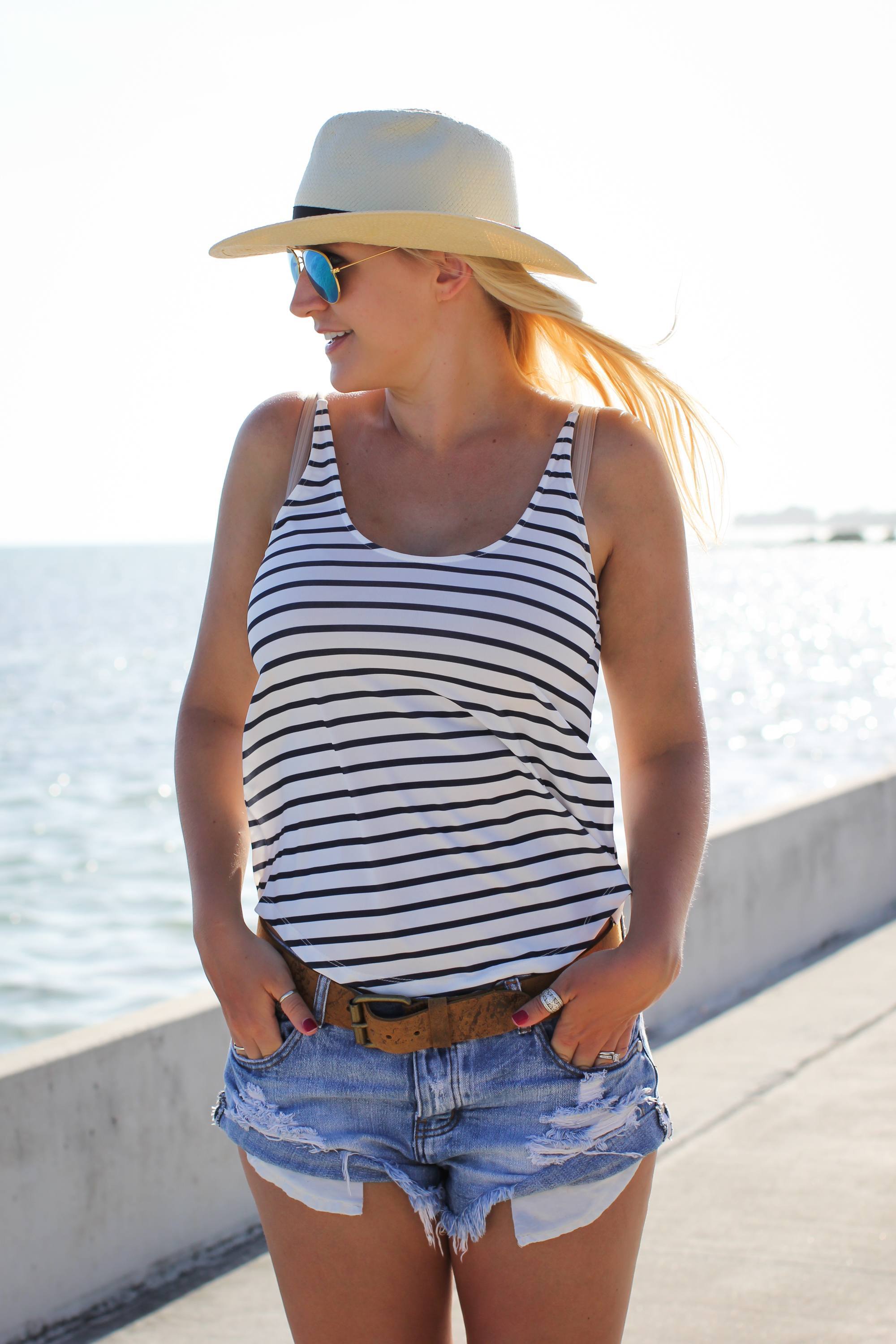 Key West was a cool place to visit, especially Duval street. As far as pretty beaches go, Miami still beats them all (from what I saw). But even though Key West wasn’t as pretty as I expected, it had a cool old town feel that was fun to explore. Mike and I rented scooters to cruise around on which was really fun and convenient- with so many tourists, a car would’ve been a pain. I was a little bit nervous about the scooter at first because I had an accident on a similar bike a few years back… one that I still have scars from. But we played it pretty safe with no accidents!

My favorite parts of the town were the older looking streets with brick or cobble stone that had southern style houses lining it with trees.

It was such a change from the California style that I’m used to seeing all the time. Mike thinks I’m crazy because of how obsessed I am with older looking towns that have character- I always refer to them as quaint villages. As it happens, there really aren’t any in the US, lol. That’s part of the reason why I love England so much. But even simple details like brick roads, I appreciate. I also rarely see them because the only places that have that are mostly on the East Coast.

I did a little bit of shopping while we were in Miami which mainly consisted of Zara. There were a lot of pieces in the store that I hadn’t seen in the Zara near me because they were more “Island” style. I walked out with mostly navy and white pieces, go figure but this tank top was one of my favorites. I wish I had bought more!