Dealing with customer service representatives can be a tricky thing every now and then. It is their job to get the most amount of money out of you, and it is your job to get the best deal possible. Example: After Christmas I went shopping with one of the gift cards I received, and hesitantly bought some things that weren’t on sale from a store I normally don’t. The reason being is that this store only keeps their items regular priced for a minimal amount of time. I’m sure you can relate to the annoyed feeling of buying something, and then seeing it 50% off a few weeks later. This is the feeling that I was trying to avoid. Well sure enough, I buy the clothes and 3 weeks later everything is 50% off what I paid for them. After reading their return policy, I saw that they will do a price adjustment on anything you’ve bought within 2 weeks of the purchase.  Well I was a week over and I knew they weren’t going to cut me a break. So what I decided to do was instead of trying to get a price adjustment, I brought everything back in and said “I would like to return everything and buy it back” (since their return policy was 30 days). It took some negotiating and me sticking to my guns, but eventually they let me do it. The manager was by no means happy because she didn’t want to lose the money, but I found a way around their store policy and saved myself $60 dollars in the mean time. It was definitely worth the effort.

I started thinking about other ways to make sure you don’t lose money when making a purchase- some of them are obvious, but some are not. 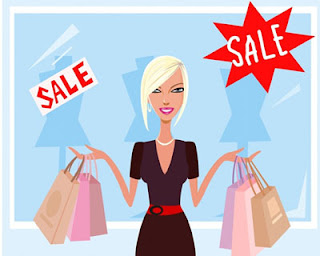