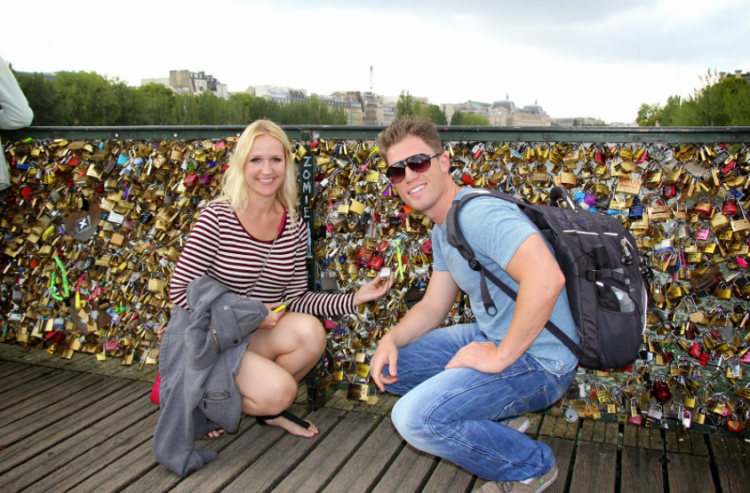 One of the problems we ran into while traveling was getting pictures with both of us! Not just because we had to ask people to take them, but when you have a nice camera, it’s hard to trust strangers not to drop it. I thought it was funny that every time we’d ask someone to take a picture of us, Mike would hand the camera over and put the strap over their head for them, without giving them a choice of not using it, lol. At first I thought maybe he was being a little over cautious, but then on our 2nd day in Europe, I asked someone to take a picture of us on my phone and they dropped it and cracked the screen!

From then on we’d only seek out people who also had a nice camera, which they appreciated because they were in the same boat as us.

Now a little about the pictures… The Louvre is amazing, seeing the Mona Lisa was unreal! There was this very interesting chalk artist outside the museum that created the clown drawing. He had a lot of character:) And thank goodness we took a wrong turn heading back to the station because otherwise we would have missed the love lock bridge! Like the good tourists we were, we came prepared with our own lock and had been lugging it around for a week waiting until we visited the bridge. It’s such a romantic spot, we loved it! 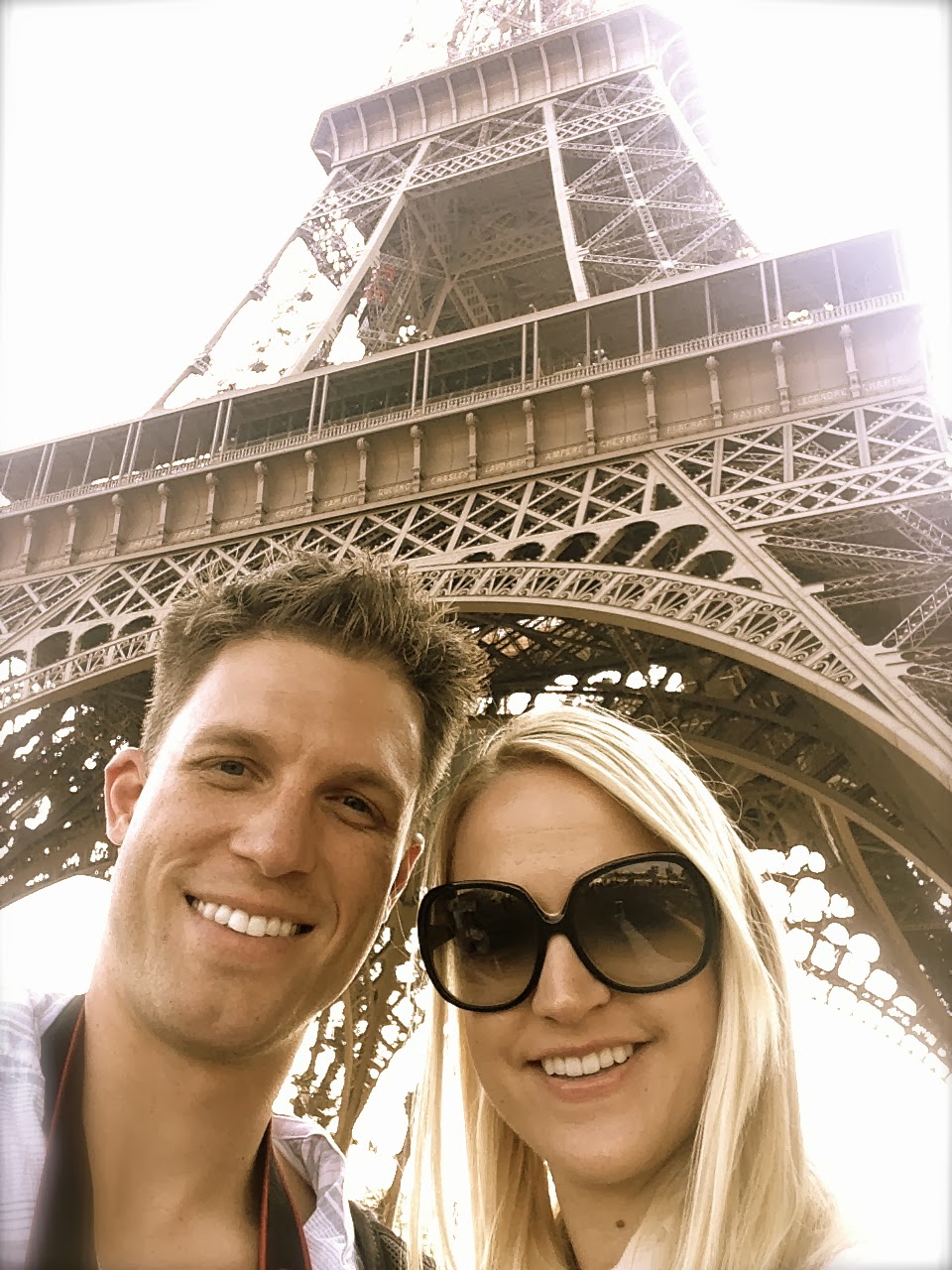 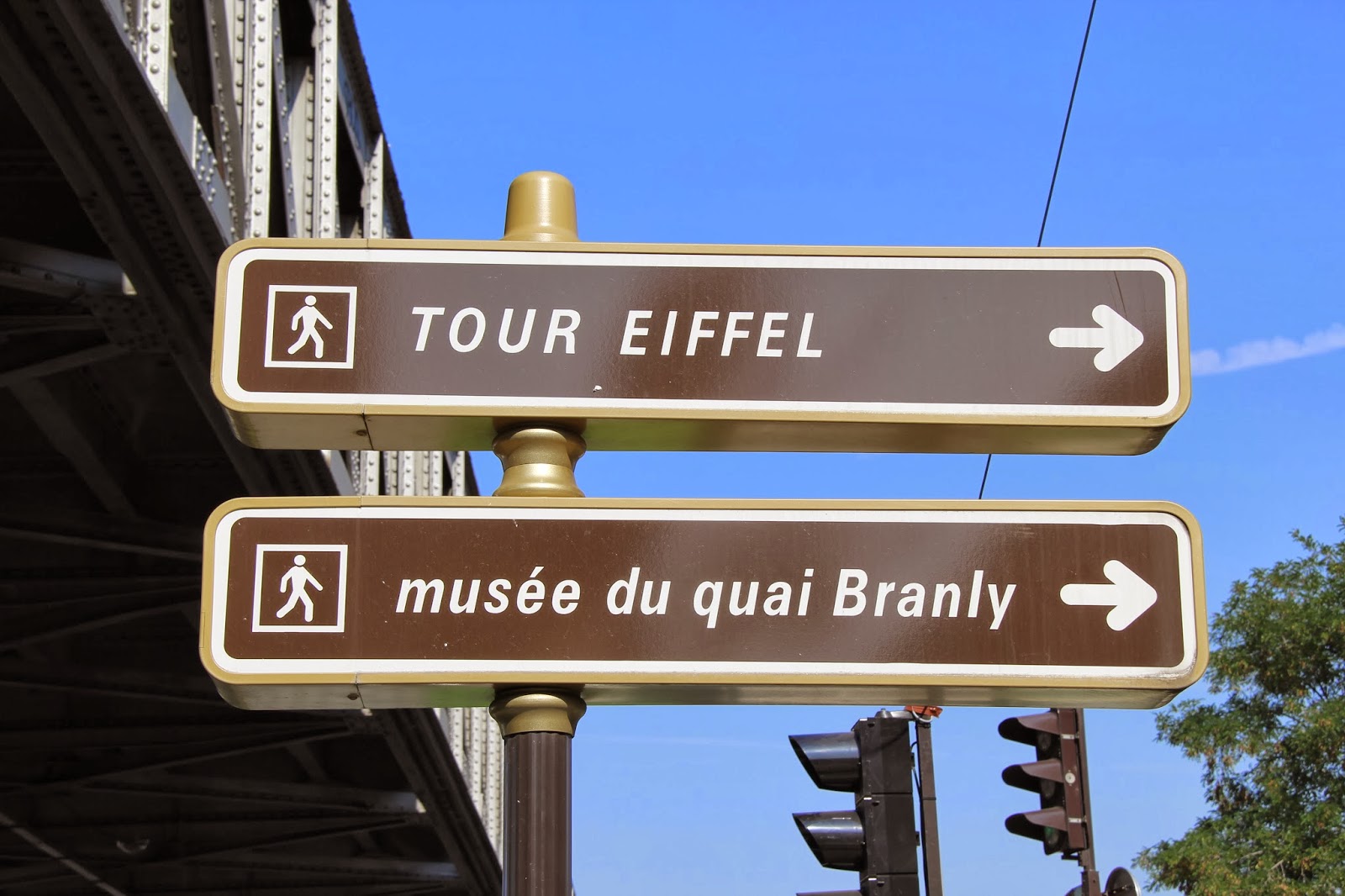 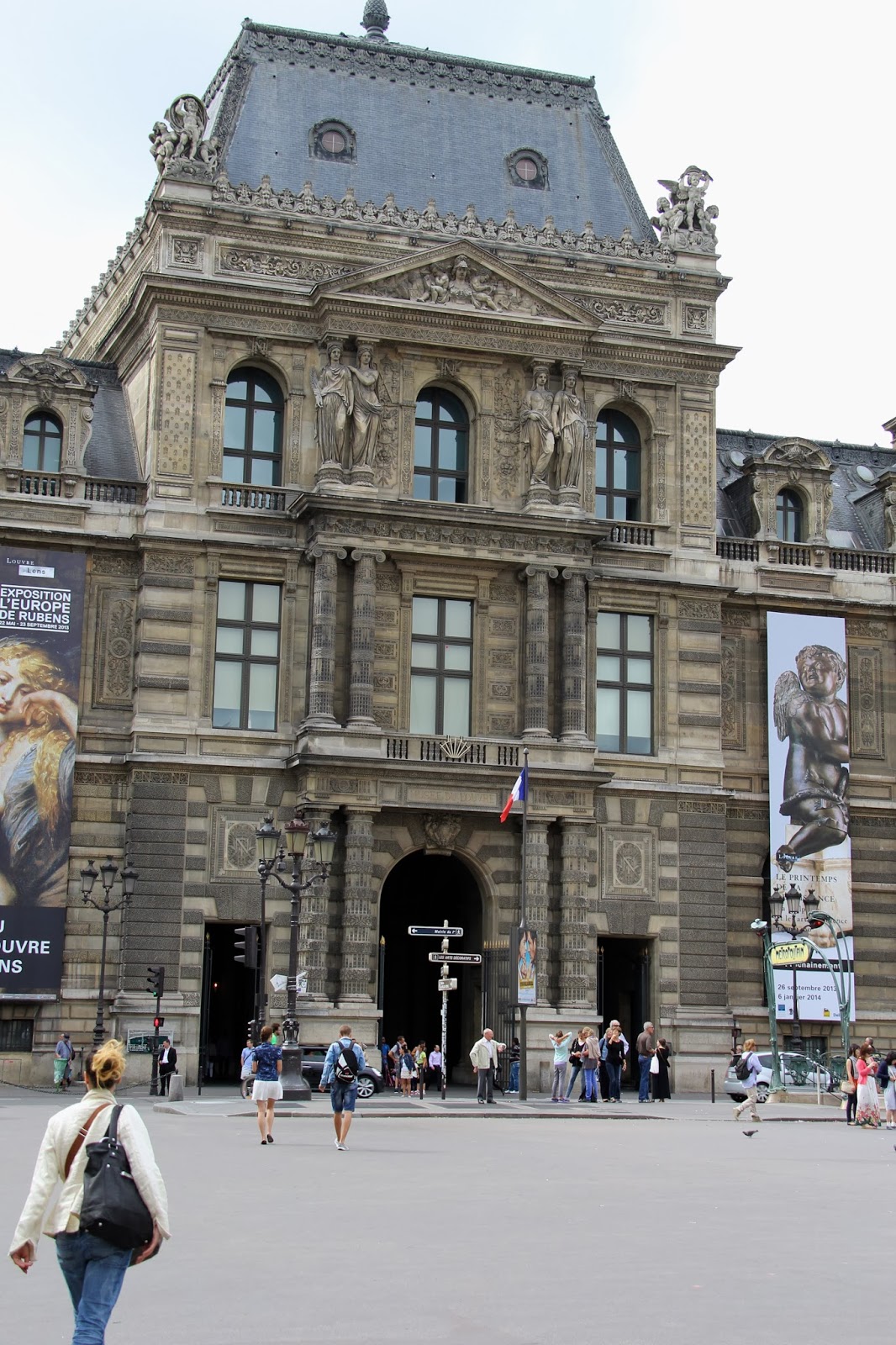 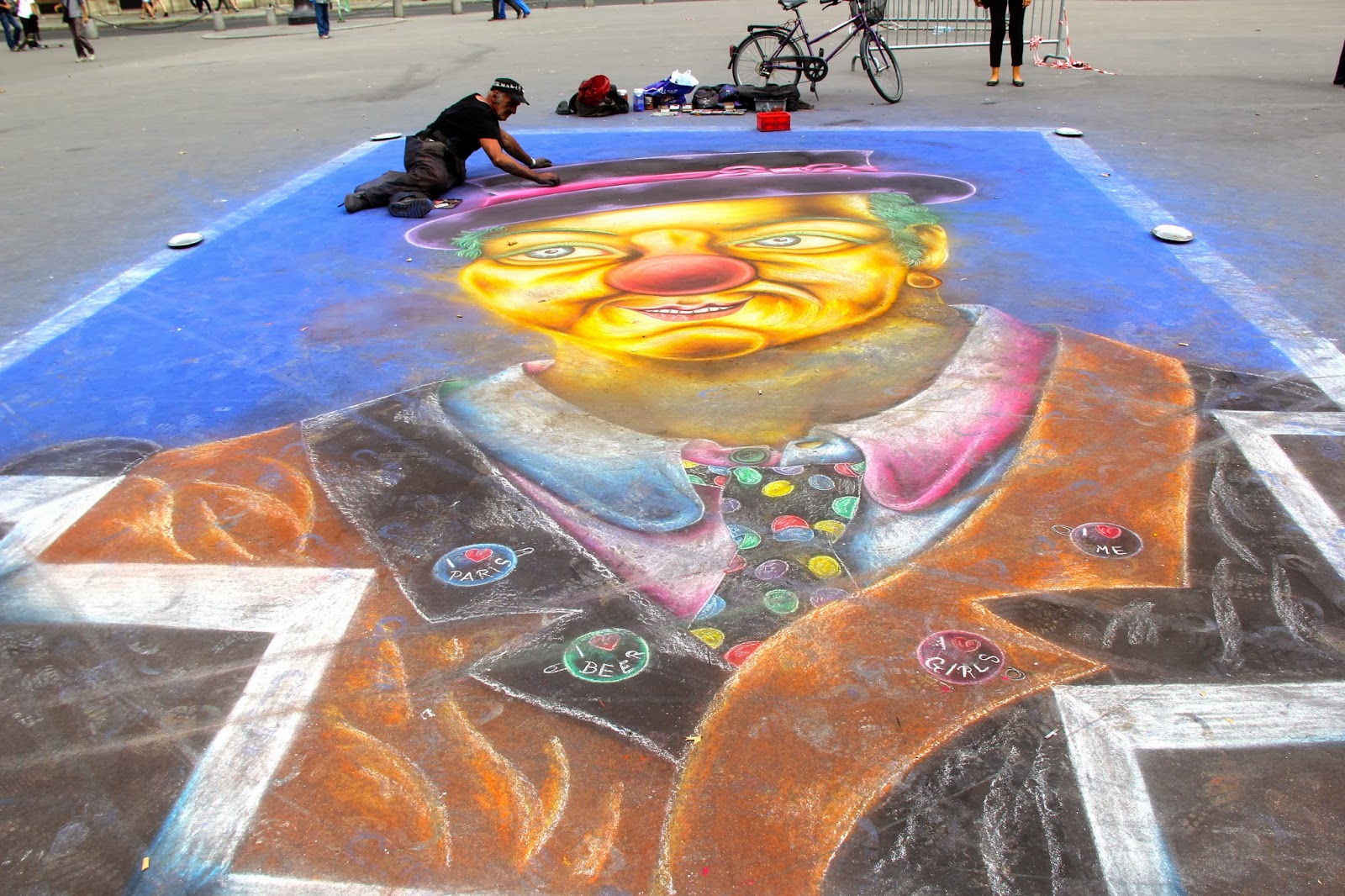 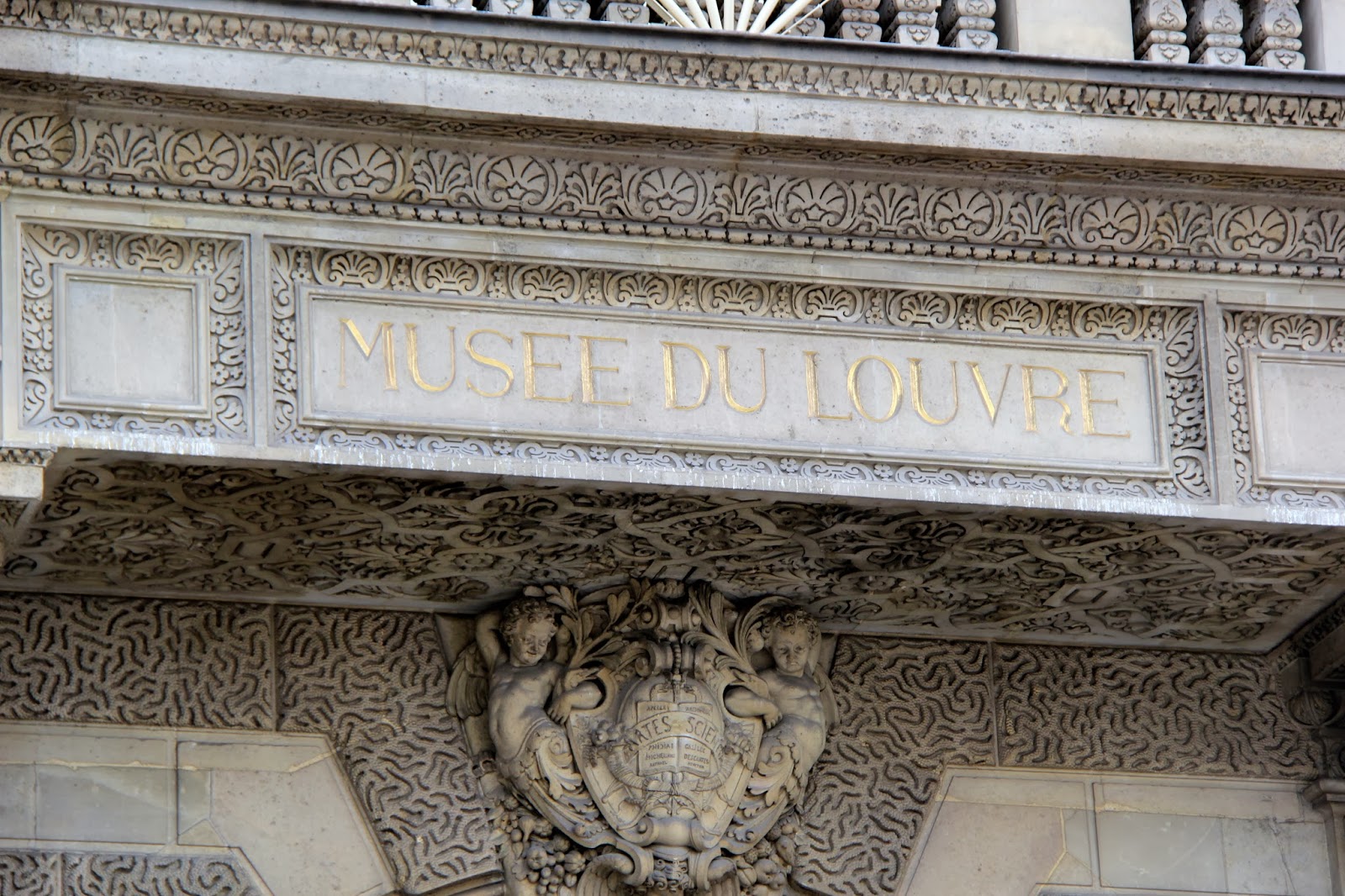 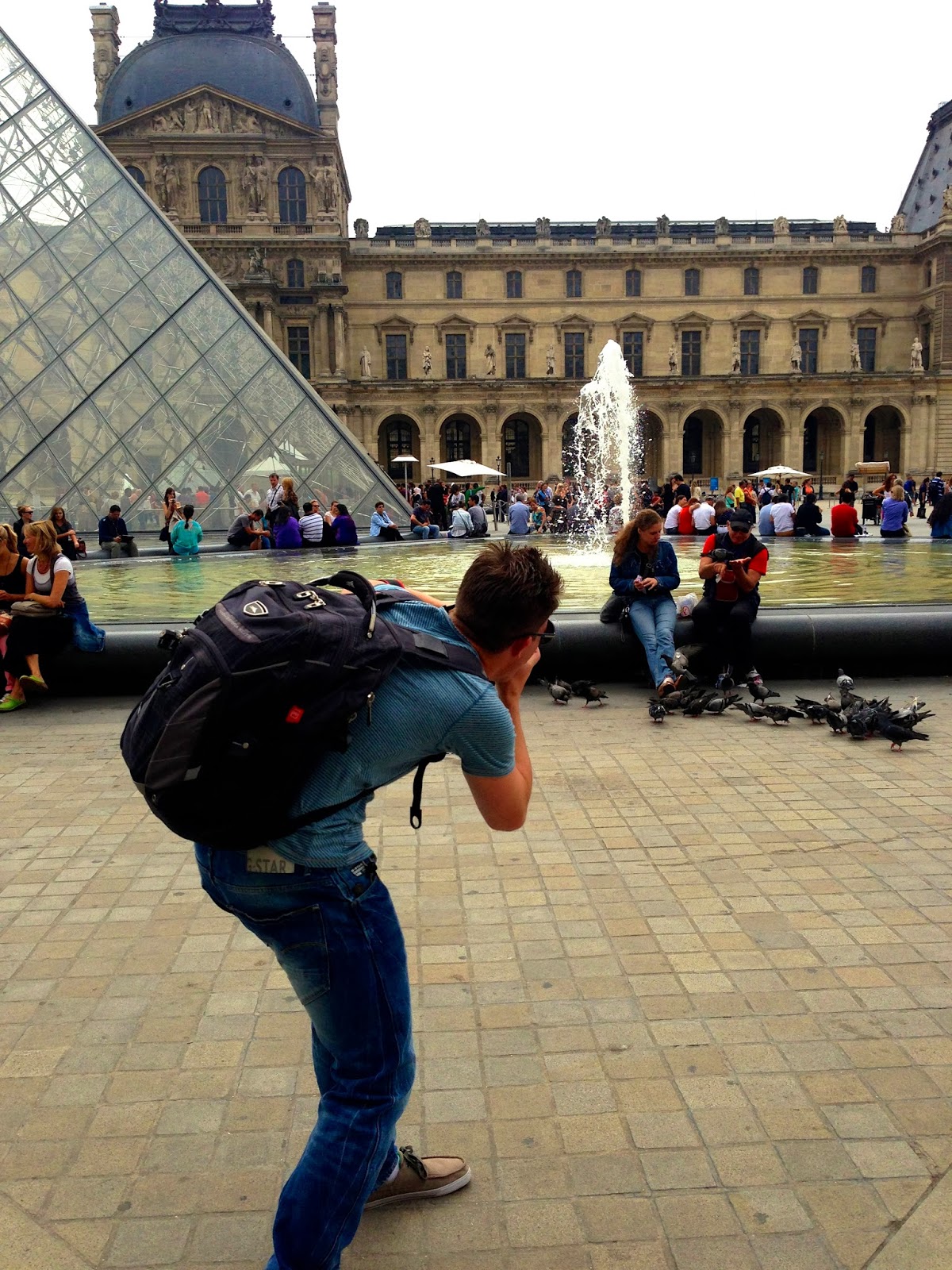 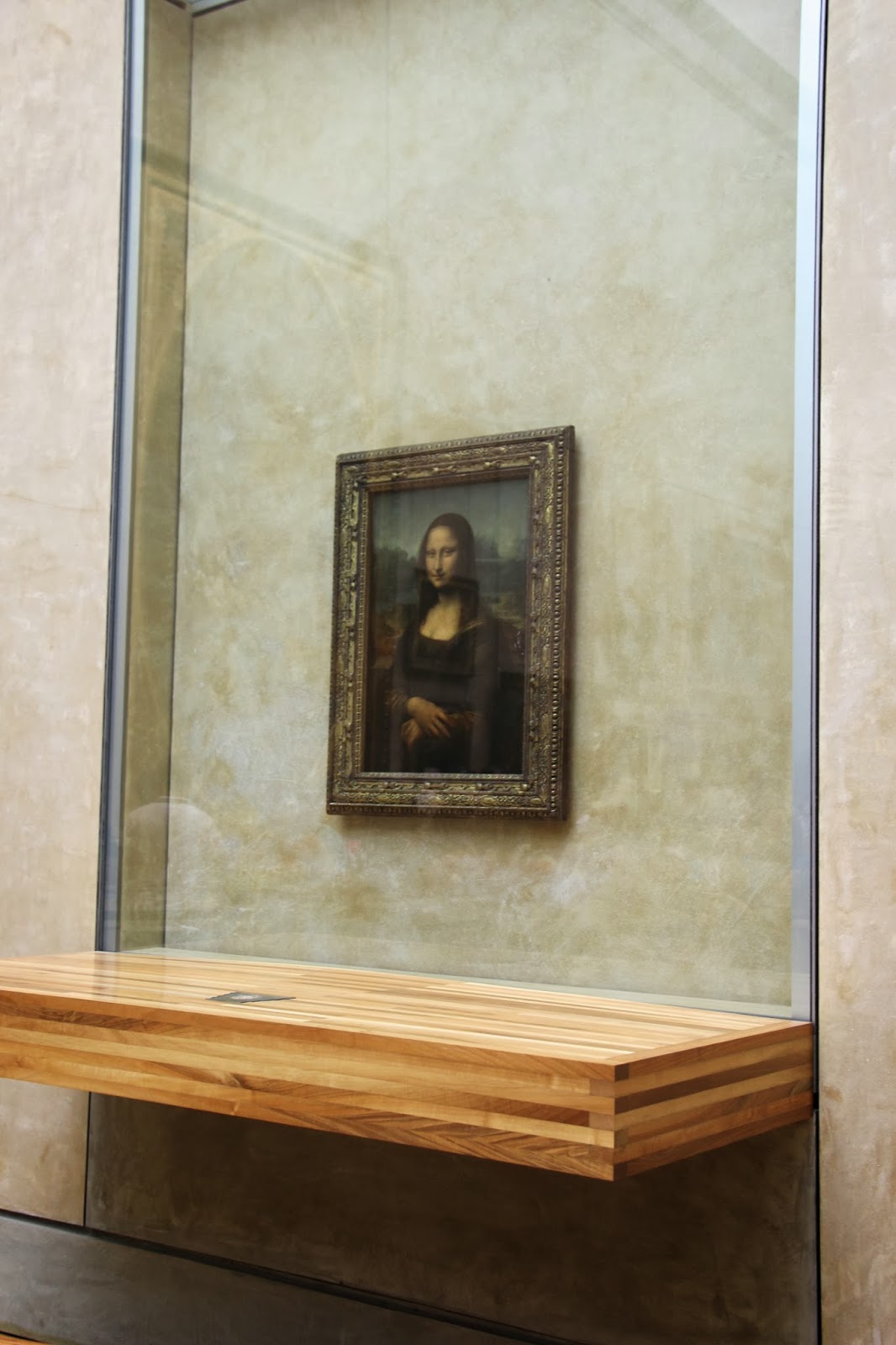 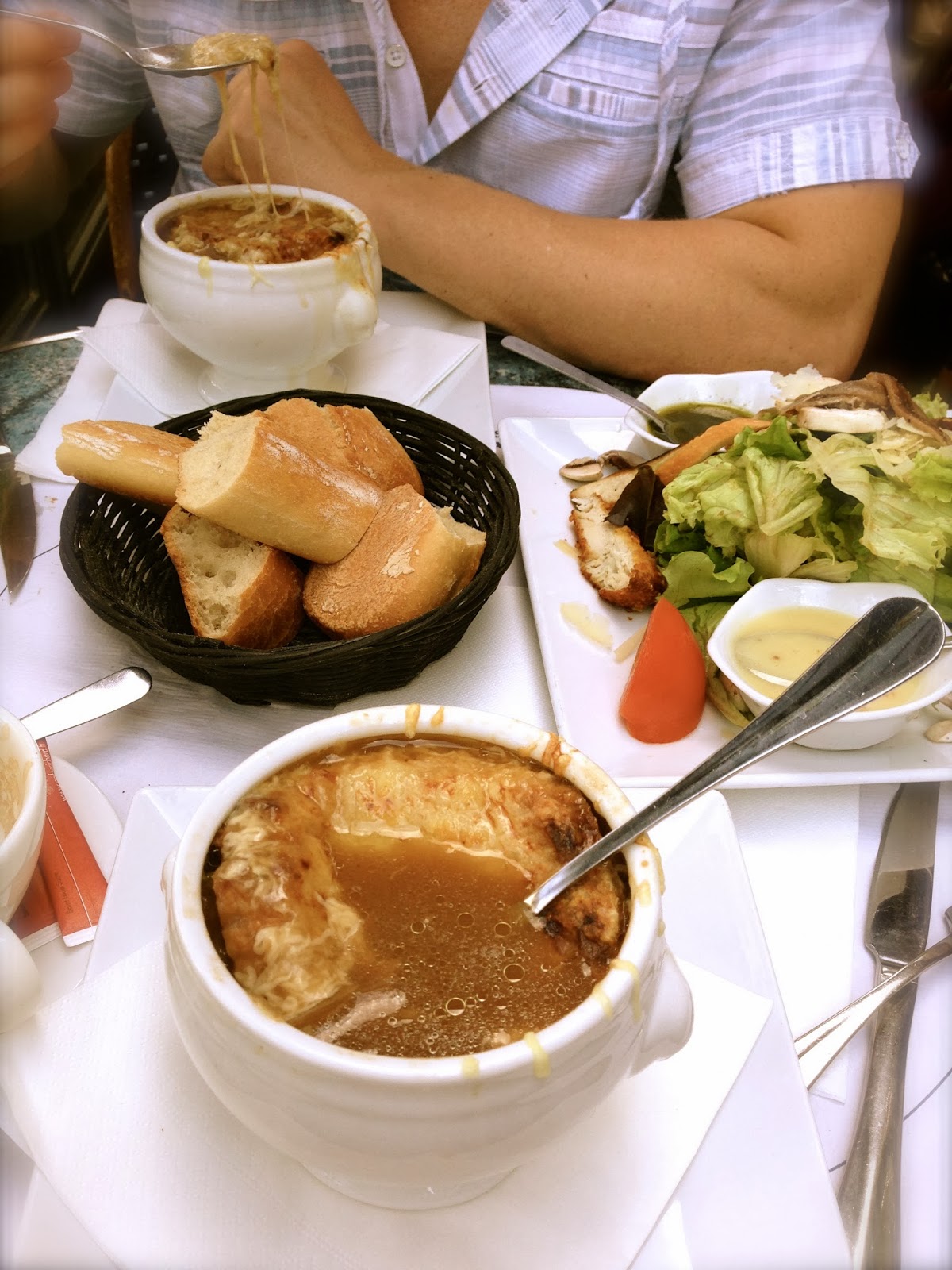 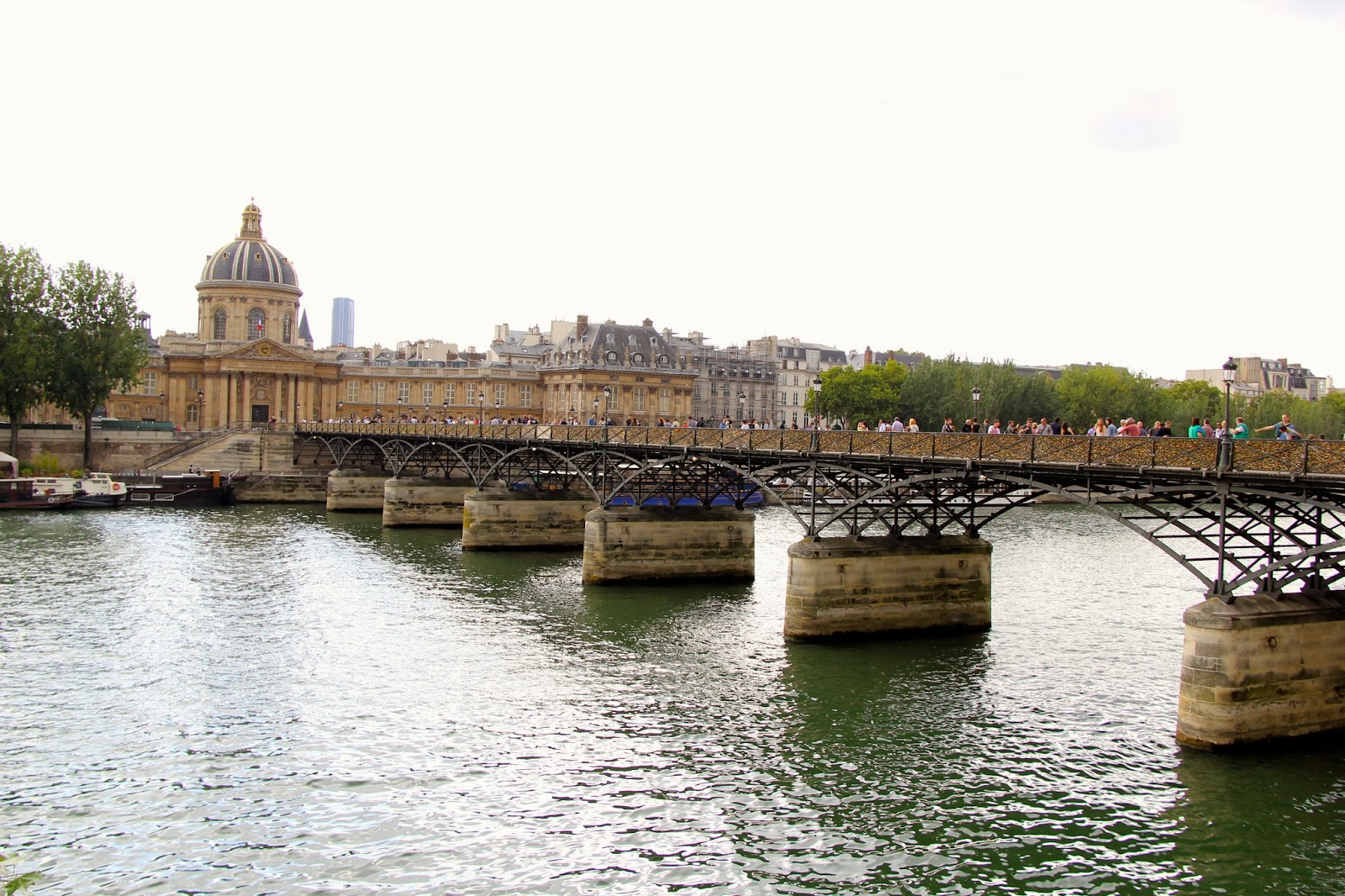 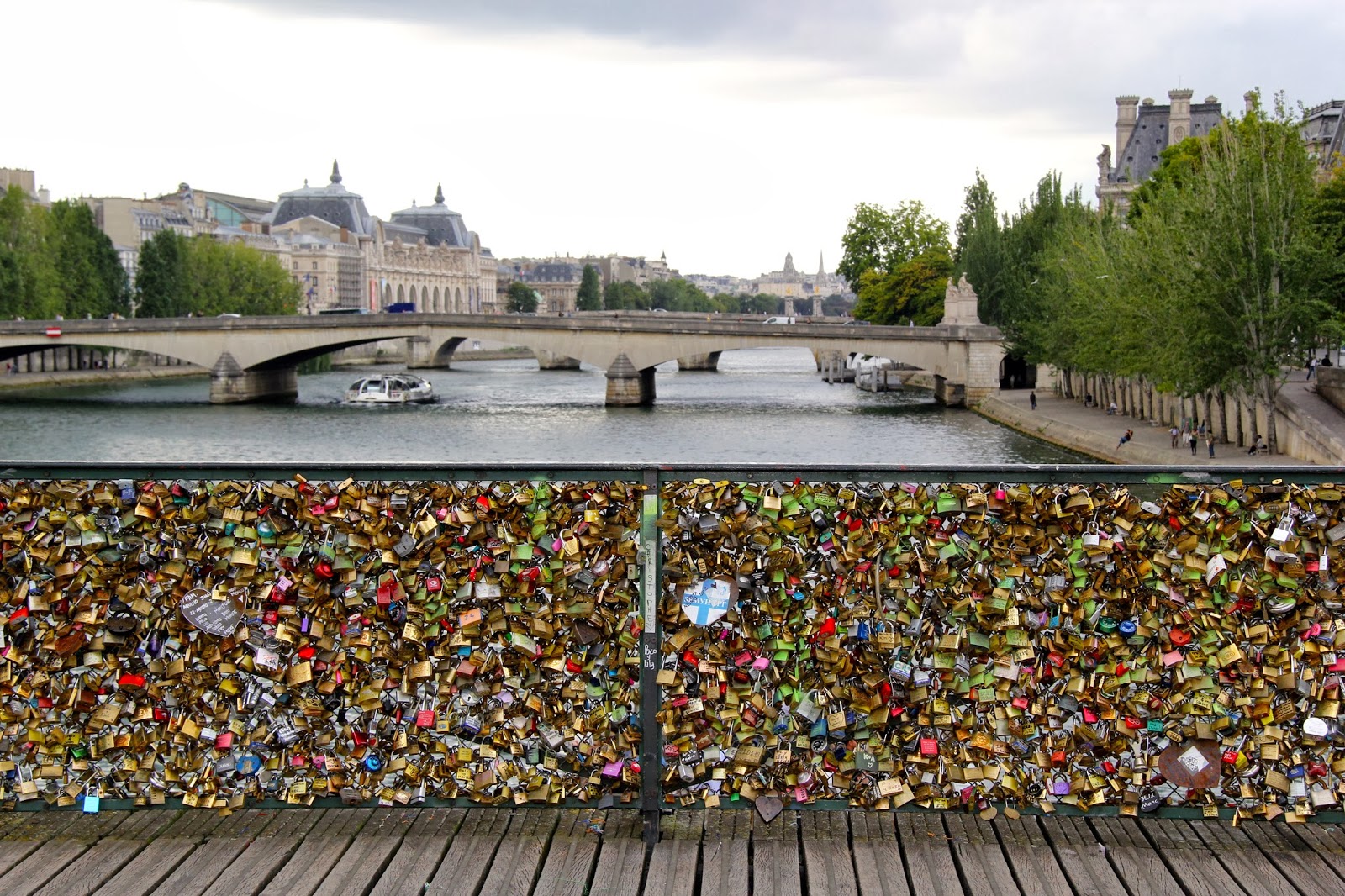 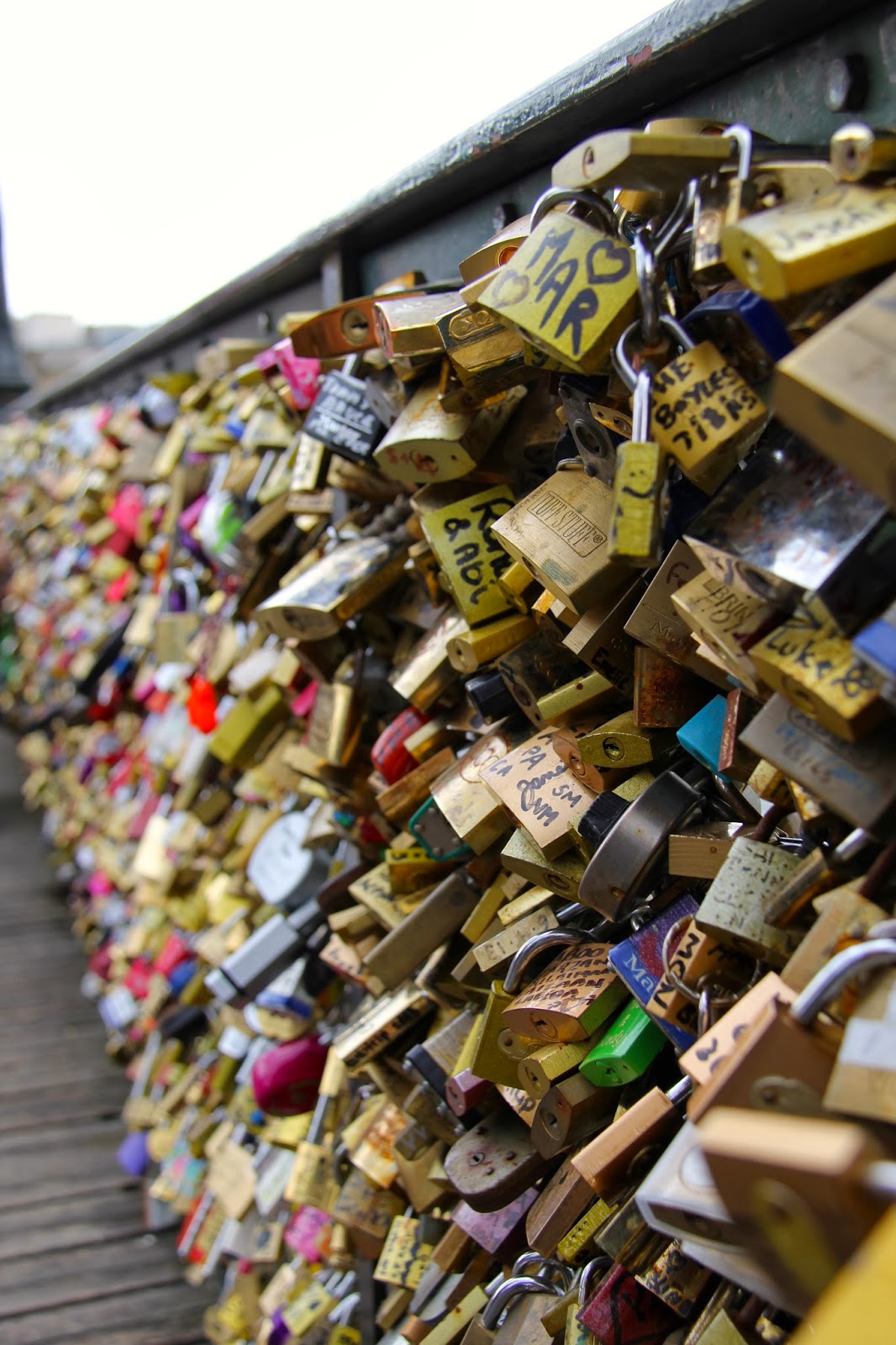 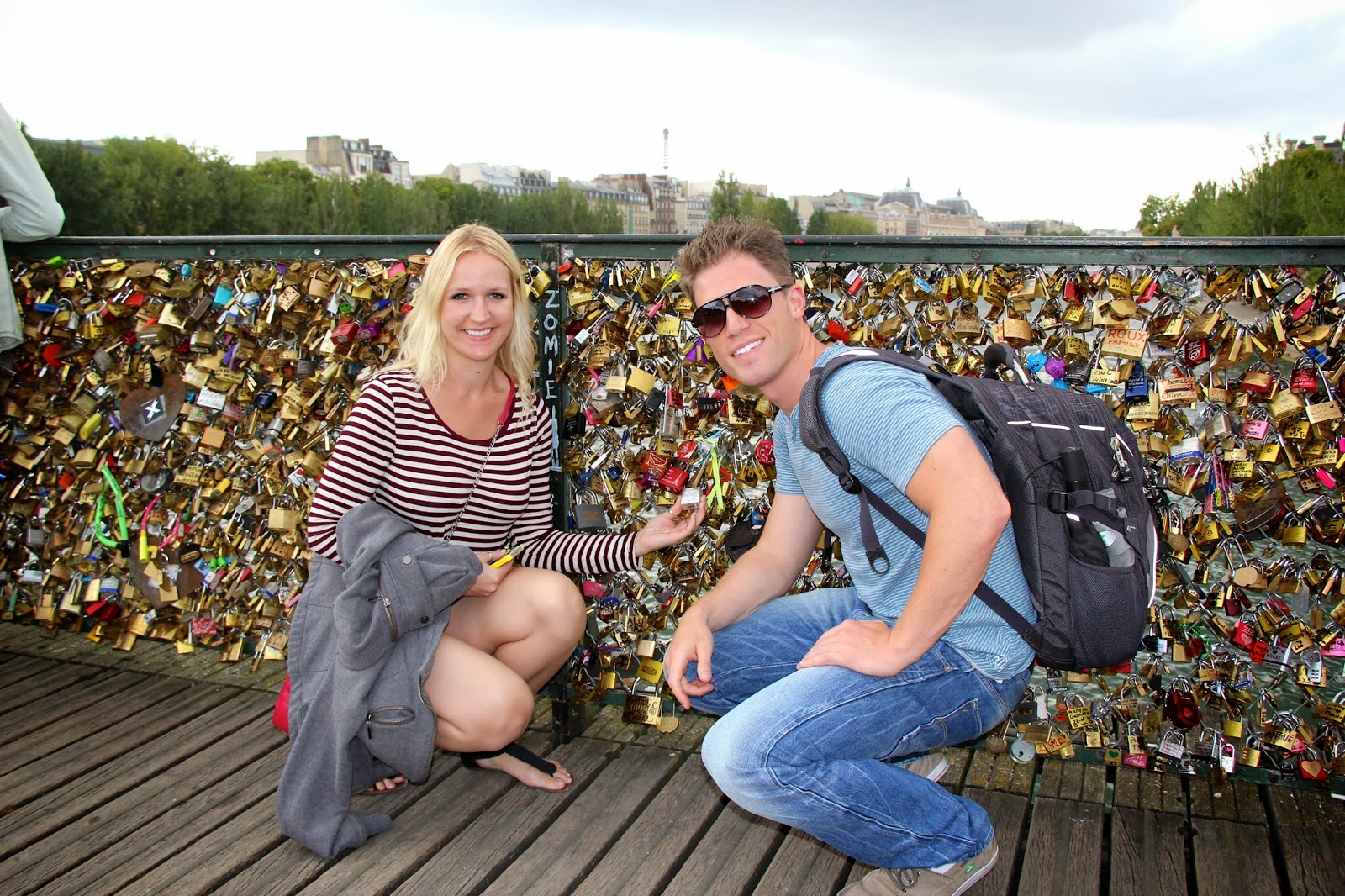 Already thinking about that 3 day weekend coming up ☕️❤️

Heatwave over the weekend 🔥☀️

If I didn’t hear my husband blow the driveway at least once, did I really have a Saturday? ☀️🙈

The moment I hear a new coffee shop opened ☕️

It’s always boot season for me 🙊🤍

Too soon to be thinking about the weekend? ☀️

I think there should be a 3 day weekend when there’s a time change. 🤷🏼‍♀️🖤❤️

Feels like fall 🍁🤍 I bought this coat a few weeks ago & it is 👌🏻 There’s still a few sizes left but definitely size down. Link in bio + in stories.

I can’t believe these boots are still in stock 🤍😱 They go with so many outfits! Outfit details linked in stories + in bio.

It’s a little chillier than I expected so I’m happy I threw this beanie in my bag last minute. We still had a great time brunching! 🥂☀️💨

We weren’t expecting rain today but we still had a great time doing some wine tasting on our way to Santa Barbara 👏🏻 🍷 #birthdaycelebration #winetasting #centralcoastcalifornia #ootd ...

This teddy fleece clutch is 😍 I added the chain so it doubles at a shoulder bag. ✨ Outfit details in stories or link in my bio.