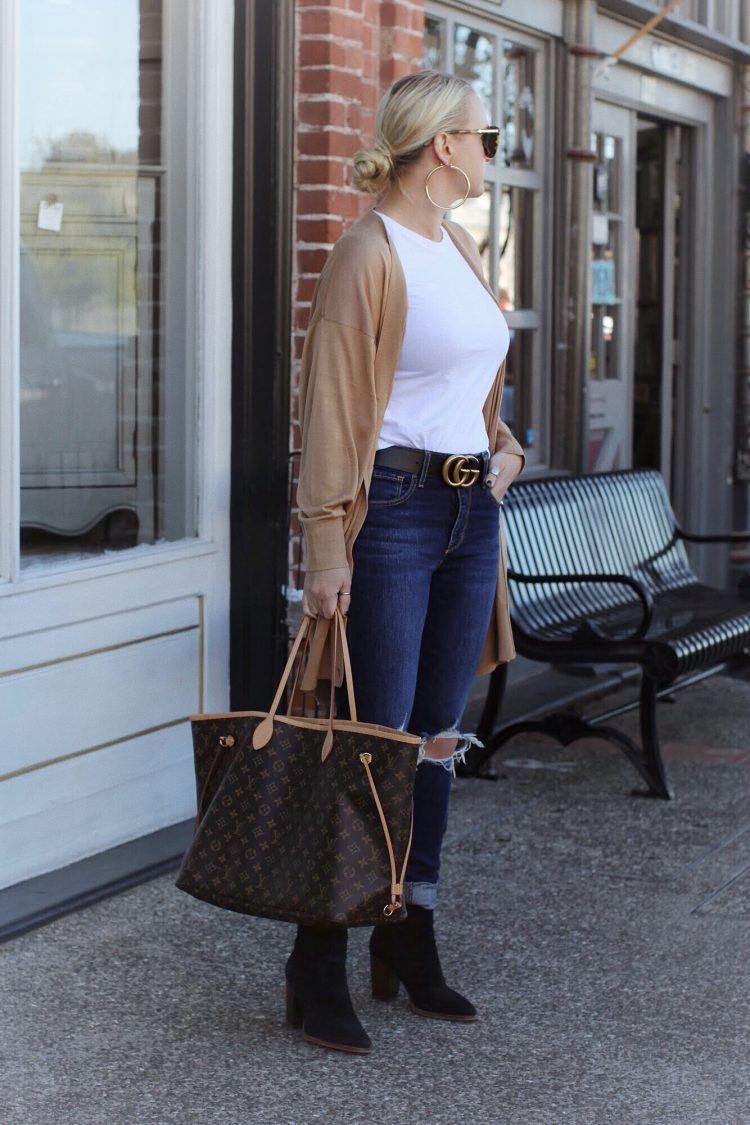 Okay guys, I’m finally getting around to writing this post and sharing these pictures! I love this outfit and it legitimately is something I could wear everyday. Actually, I kind of do and just switch out the top or sweater, lol. Anyways I wanted to talk about my experience with buying the Gucci Double G Buckle belt because I figured it might be helpful to someone thinking about purchasing one.

I definitely did my research and read as many blogs as I could on the topic but I still wasn’t sure if I had ordered the right size to begin with.

This belt has been extremely popular the last few years which is why it’s comonly sold out most places depending on the size you’re looking for. I decided last fall that I was going buy one because I had been contemplating it for awhile and I still wanted it as much as when I first saw it, which is always a good sign. Sometimes with trendy items I end up not liking it as much a few months later, so I take it off my “wish list” but that wasn’t the case with this belt. So I placed the order on gucci.com in a size 85 and was notified that it was on back order and it would arrive somewhere between the end of October and middle of November. Keep in mind, at this point I was REALLY excited to get my belt and wear it. Not to mention I had outfits for the holidays already planned in my head that included this belt. Well, November came and went and then December came and went… no belt. I called and checked up on my order a few times but was not given any real information. I was actually pretty disappointed with Gucci customer service through this whole buying experience because I never received any sort of email or notification about the belt being delayed longer or a new expected arrival date. I almost cancelled my order several times because I didn’t even know if my order was coming at all. During this time I visited a few Gucci stores and tried on the belt in person but none of those times I was wearing high waisted jeans *dumb, I know*, which is what I planned on wearing it with the most, so I was a little nervous that I had bought the wrong size, and after all of this, I would end up with a belt that didn’t fit, lol. Finally, middle of January I got an email that my order was on it’s way and it would arrive in a week or so. You have no idea how excited I was to see the UPS man that day ? Like I said, I purchased the 85 size and it works perfectly for most outfits so that was a big relief. The only style this size doesn’t work for is if I’m belting a dress or high waisted skirt… I would need an 80 (see sizing tips below for more info on that).

This belt is so versatile and goes with practically everything, so I have really gotten my moneys worth! Once I saw how much use I was getting out of it I decided to get a white one as well, especially because it’s perfect for Spring and Summer. At that time, the 85 and 80 were on back order as were most other sizes on gucci.com. I didn’t want to go through that long wait again so I went ahead and purchased from another site but the size 90 was the only one they had. I had read that quite a few people were buying the larger sizes because they were in stock and just having the belt cut to make it shorter. I really didn’t want to cut the belt because it devalues it, not that I plan on selling, but still. I figured that with one size larger all I would need to do is add a few more holes and it would be fine. Well the belt was definitely larger than I expected so it needed a minimum of 3 new holes in order to wear anything high waisted. I took both belts to a local leather shop and had them add 3 holes to the white belt and 1 hole to the black one. The big mistake I made was not mentioning that they were pricey, so they would know how important it was to get the holes lined up correctly. The place I took the belts to was rated really good and I know they do a good job with other orders, but they were not paying close enough attention and ended up putting a hole in my black one that is really crooked and off to the side. They don’t charge for this service so I felt bad asking them to correct something that they did for free. Well my husband never feels bad about asking for this kind of stuff so after we left, we came back and he talked to them about how it could be fixed. They felt terrible about it but it was really my fault because I should’ve said something before they did it… I think I just didn’t want to come across as high maintenance or something. Anyways, in the end there wasn’t anything they could do without adding more holes to it and I didn’t want to take the chance of making it worse so we left it as is. No one can see the mess up when I’m wearing it, so it’s really just me that notices! Also, I just checked the Gucci website and it looks like most sizes are currently stocked in black ? 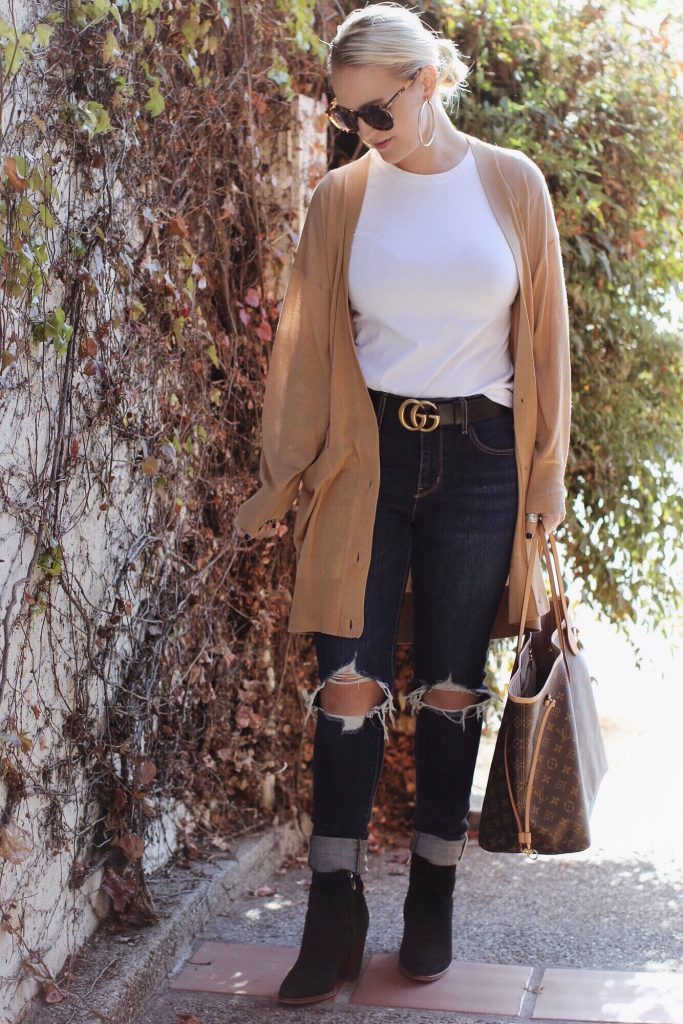 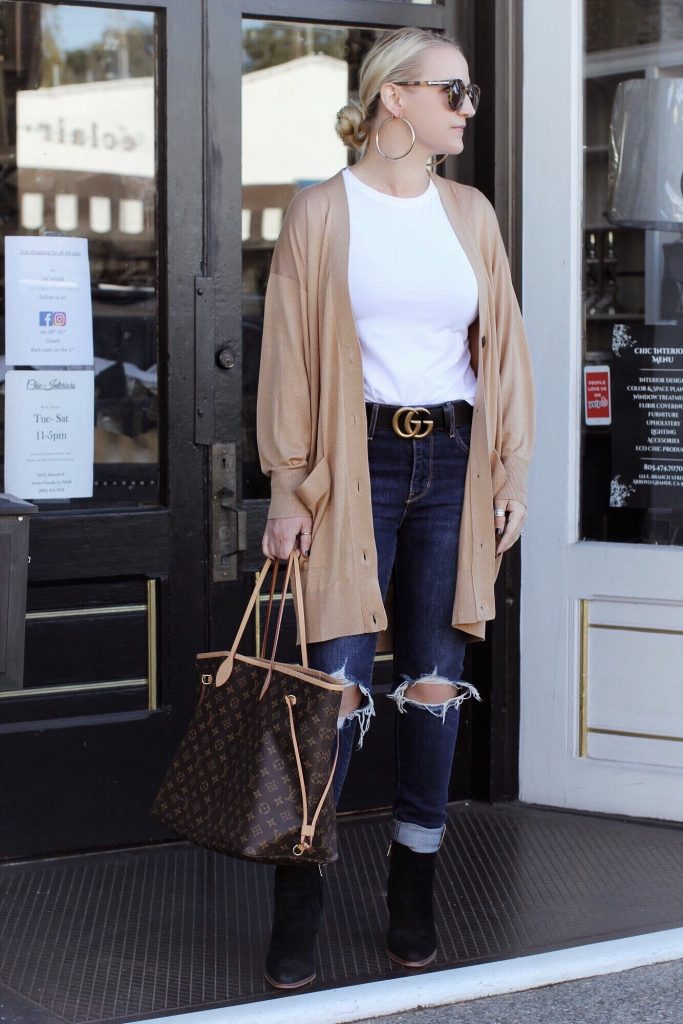 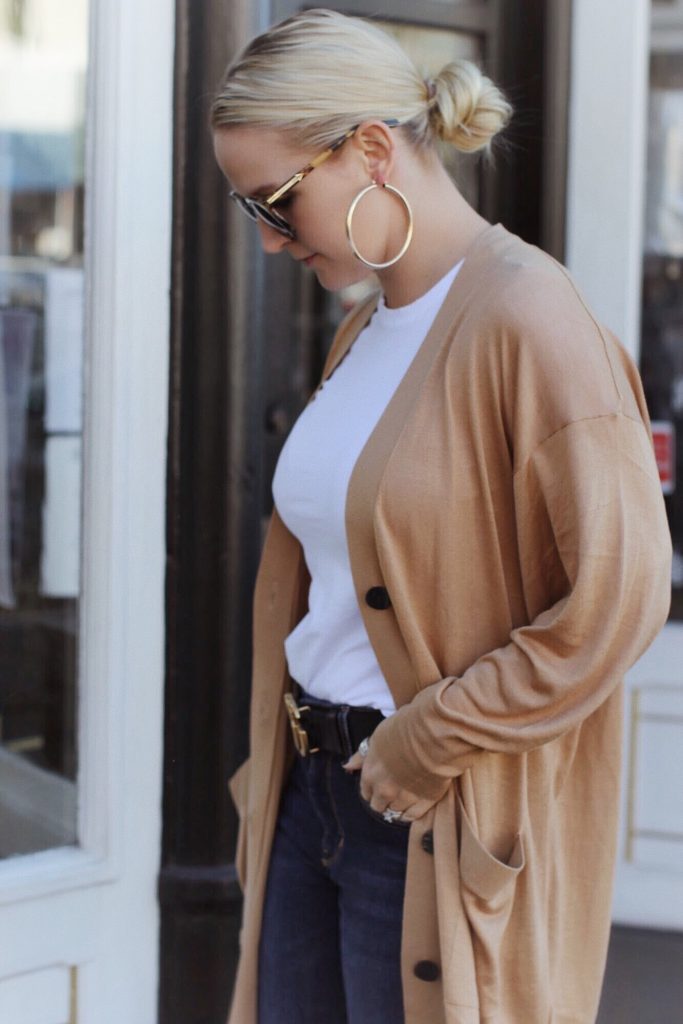 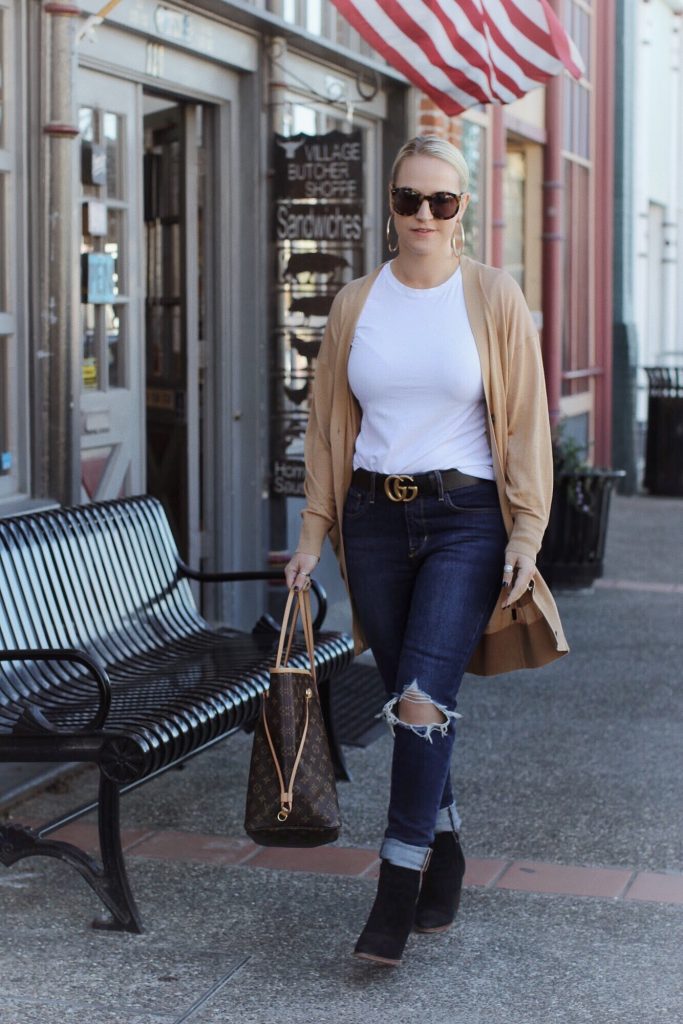 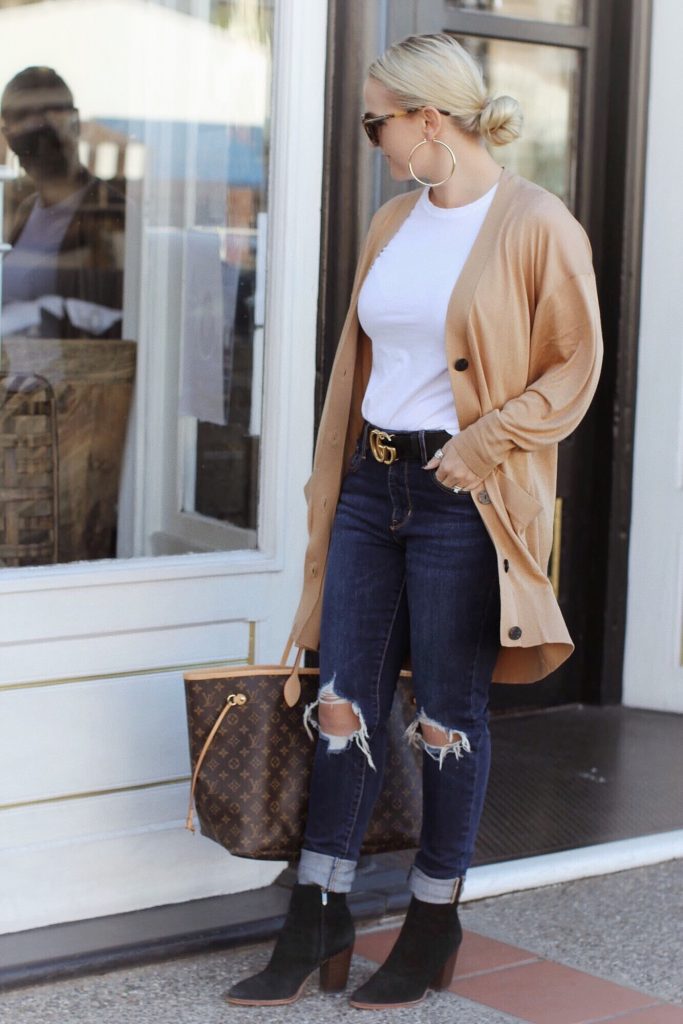 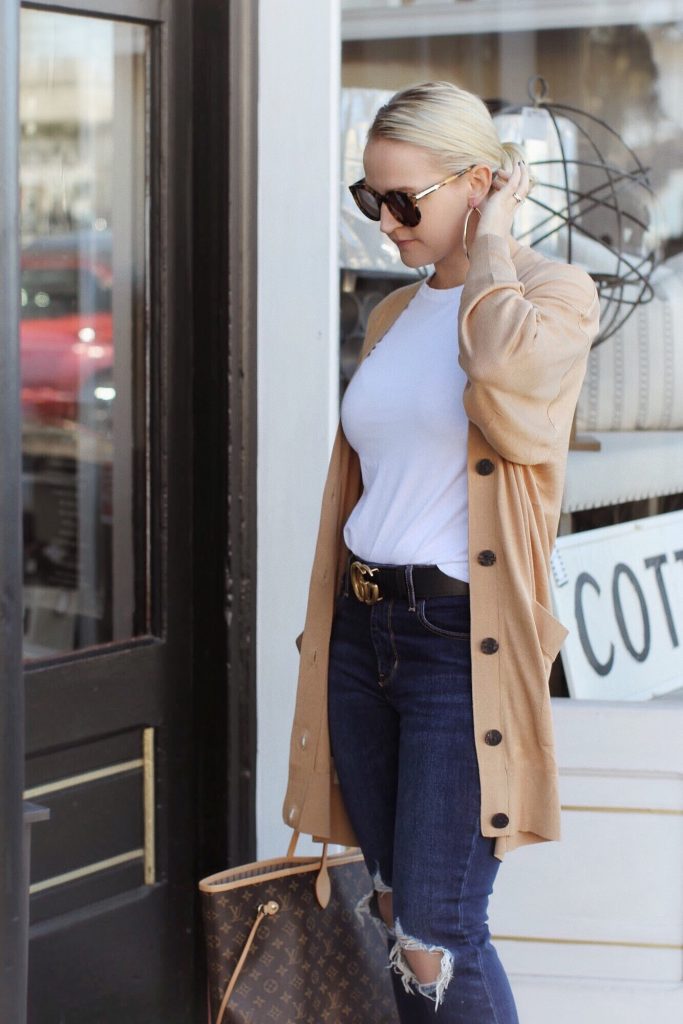 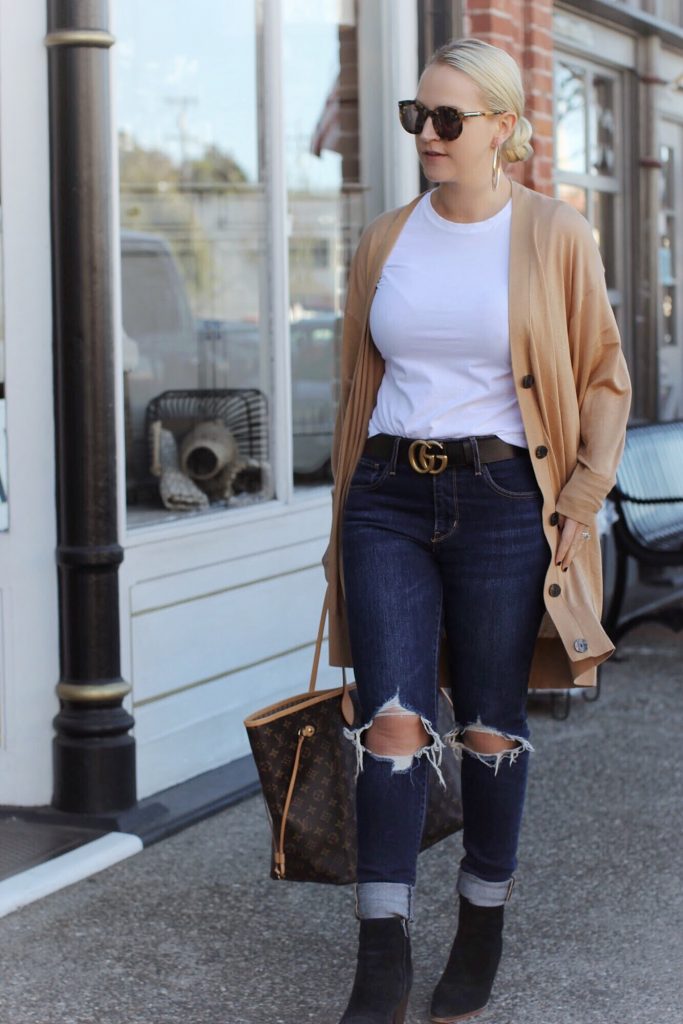 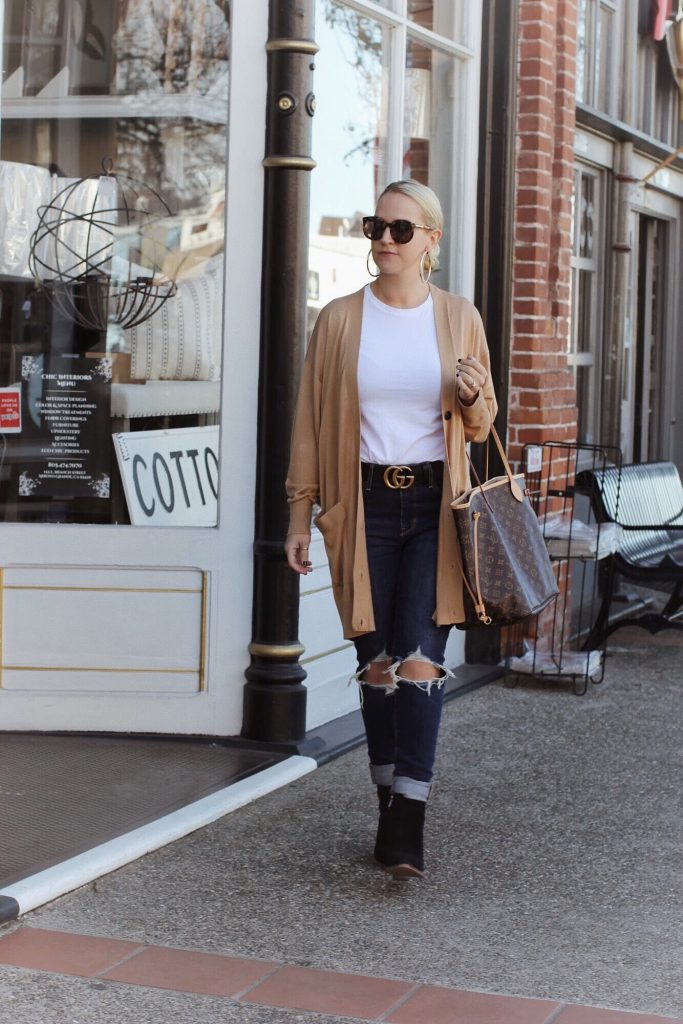 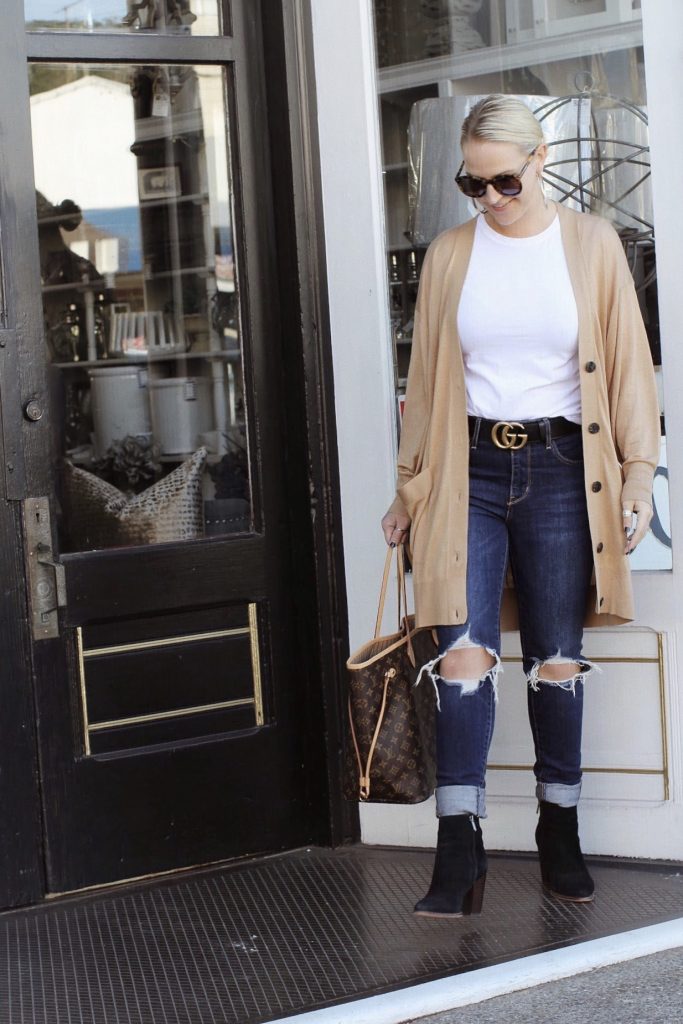