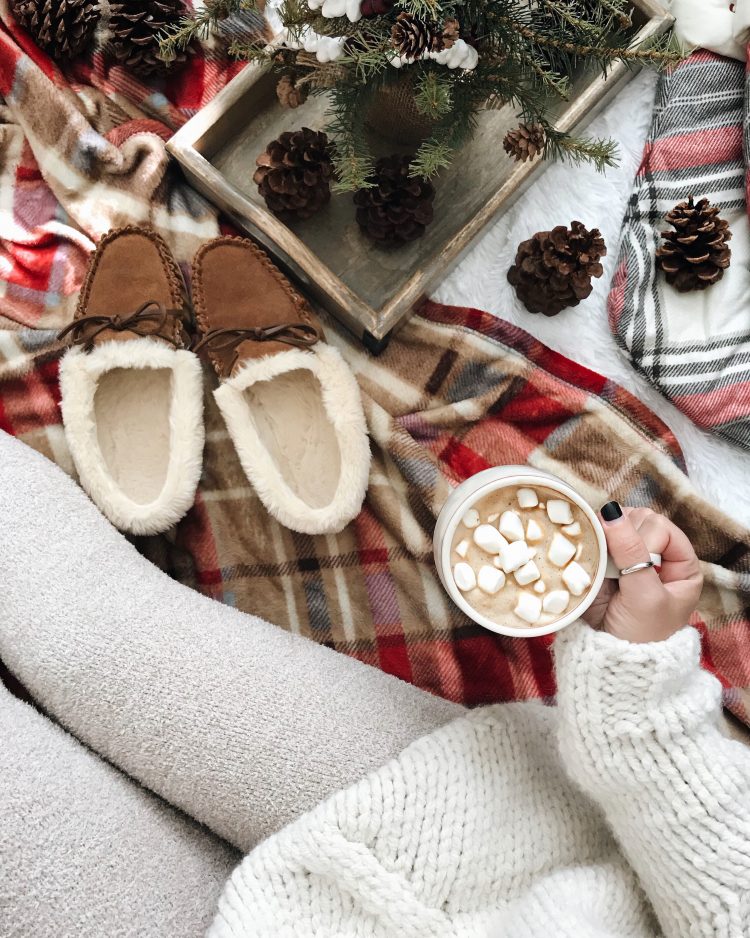 I watch Hallmark movies all year long… Mike thinks most of them are ridiculous but I don’t care ? I usually watch them when he’s working in the garage or something, so I don’t get teased about how cheesy they are. The Christmas ones are my absolute favorite and I try to watch all of the new ones each year. I know some people think their movies are too cheesy, but I feel like there’s so many options out there for explicit and/or more realistic movies, so these are a breath of fresh air for me. Anyways, that’s why I like watching them all year but I do have my favorites and have grown to prefer some of the actors over others. Now I haven’t seen all the 2017 premiers yet, but I have seen quite a few so I thought I would give feedback on the ones I have seen and list out the ones still on my watch list ? ?

So far this one is tied for my favorite this year. It’s about two twin sisters who trade lives for a few days to prove the other one has it easier. I really like Candace Cameron Bure, so her movies are usually my favorite!

This one is about the owner of a special lodge that is behind on her mortgage and is visited by a guy in charge of trying to get her to sell. If a lodge like this really existed, I would be making a trip! I really liked this one.

A woman who falls for her co-worker after drawing his name for secret santa. It was a cute story line and I like both of the main actors in this one. The girl is from Chesapeake Shores, a Hallmark tv show I like.

I liked the story line on this one. It’s about a want to be writer who doesn’t have the courage to show anyone her writing, so she enters a writing contest at Mistletoe Inn because the prize is a reading with her favorite writer. The only thing about this one is the actress isn’t my favorite, so some of it runs a little cheesy.

A veterinarian from a small Christmas town called Evergreen is planning on moving to DC to be with her boyfriend but can’t get a flight out for Christmas and she meets a man with a daughter also trying to get a flight out. They end up staying in Evergreen because of the weather and hitting it off.

I think this one is my favorite so far! The acting is good and I like both of the main actors. It’s about a girl who lives in San Francisco and is all work, goes back home to be a maid of honor for her best friend and one of her maid of honor duties is decorating a cabin that the bride and groom will stay in. Her ex boyfriend is the brother of the bride, so they reconnect over the cabin.

A writer who writes advice books for men on staying single, moves in next door to a violin teacher who loves Christmas. They hit it off after the writer has to watch his niece and nephew for a few days and they want to some Christmas activities, so his neighbor helps out. I really liked this one and thought it was going to be my favorite but I wish the couple would’ve connected earlier in the movie, rather than just in the last 5 seconds. Sorry if that spoiled it for anyone!

This one wasn’t my favorite but it’s still cute. A woman takes over running a popular Christmas store after her parents retire, but shortly after she finds out the building is being sold so she’ll have to move the shop that’s been there for 40 years. Of course the guy that works for the company selling the building falls for her.

The Spirit of Christmas:

okay this isn’t a Hallmark movie but it’s one of my favorites so I would definitely put it on your watch list! It’s on Netflix. The story line is unique and the acting is good. Also, the couple has chemistry throughout most of the movie, not just in the last few minutes. It’s about a girl who is an estate lawyer and she has to sell an Inn before the end of the year but no one will inspect it because of a ghost that lives there. She goes to the Inn herself to prove it’s a hoax but she meets the ghost and finds out his story. It might sound cheesy but it’s actually really good!

Marry Me at Christmas

A Gift to Remember

Did I miss any Christmas movie favorites? If so, leave me a comment so I can add it to my list!