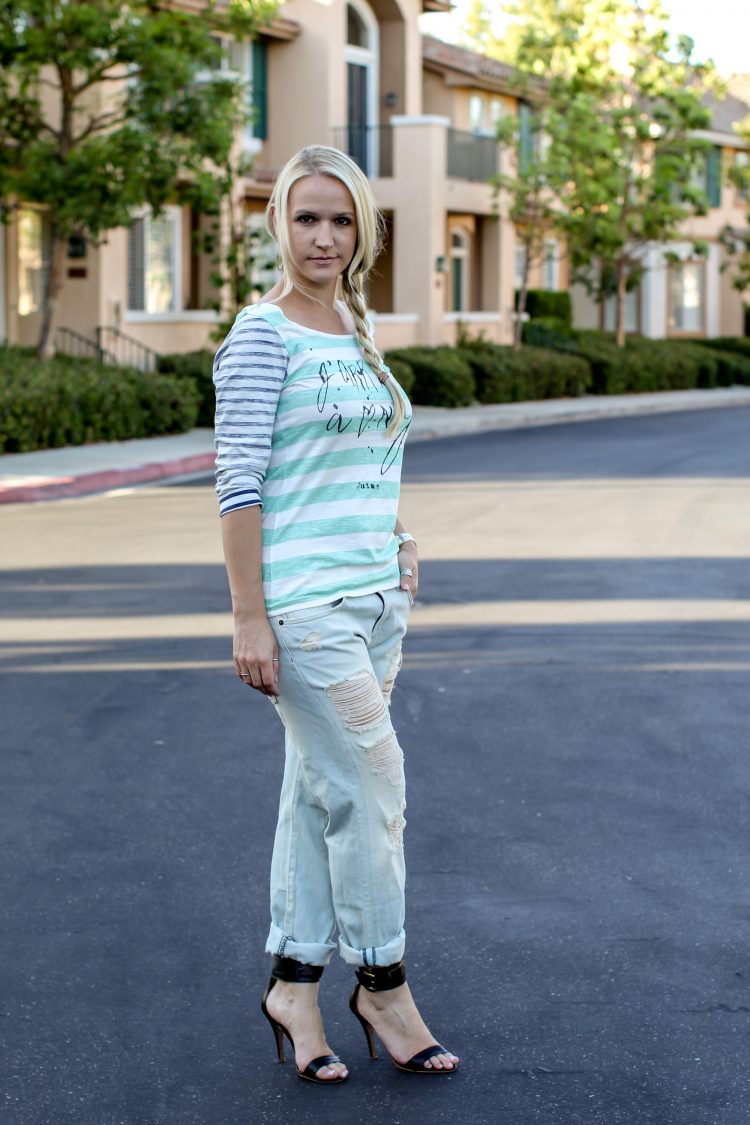 Well I’m a day late in posting but at least now I can say “Aren’t you happy Monday is over?” I know it probably seems like I complain about Monday a lot or the weekend being over..that’s because I do 😉 Seriously though, no matter how early I get up I never get used to it- I’m one of those people. I get up pretty early every morning (some days verrrry early) but it’s never that enjoyable and I’m never that pleasant to be around (sorry husband). Now to really complicate things, I like being really productive in the morning! I saw this hilarious picture on Pinterest of this haggled looking bird and it says “I got up early, there was no worm” It’s so funny and I totally feel like I can relate.  What I would like to figure out is how to not wake up really early but to get as much done as if I had…

Okay moving on , let me talk about these amazing boyfriend jeans that I snagged on Ebay. I found a picture of them on shopbop but they were sold out so I went on a crazy hunt for them because I loved the light wash and sure enough I found them! The only slight issue is they came in a size bigger then I wear and what they were listed for…that’s the chance you take on ebay. I loved them anyway though and plan on getting them taken in. If you’re fortunate enough to find a pair I would definitely snag them!