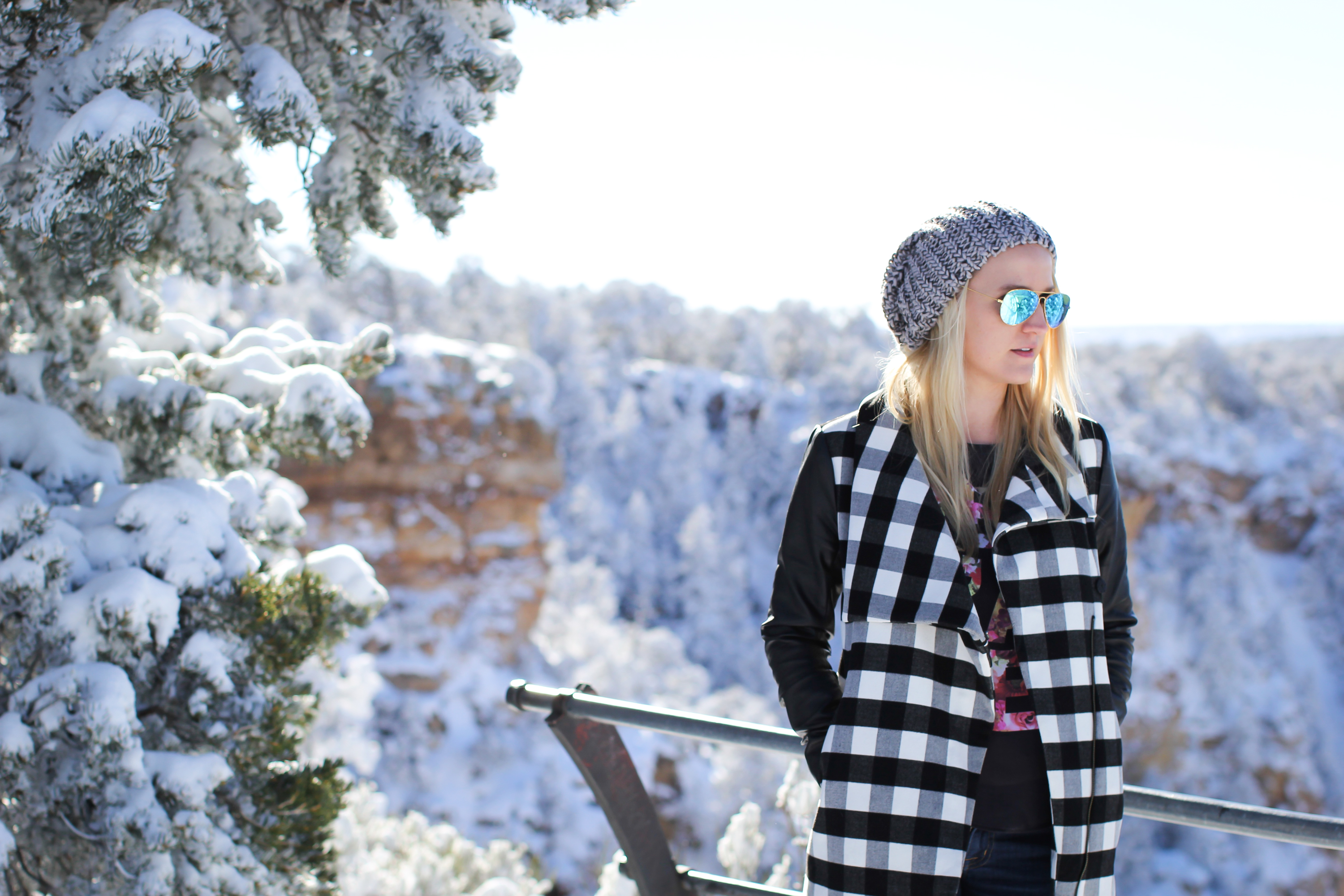 It was seriously freezing at The Grand Canyon! I did not anticipate Scotch being in some of the pictures but he was so cold that he wouldn’t walk anymore and then I felt really bad because I lifted him up and his fur was all frozen. Poor little guy. The good news is that there wasn’t a huge amount of people, which I’m assuming there is during the summer. I’m so happy I got to see it though! As we were driving up the road to get there I asked Mike if he had ever been and he says ” Yes, I’ve been on a plane that flew through it during air force training…” Oh, well then.