The Most Beautiful Road Trip: Italy to Switzerland 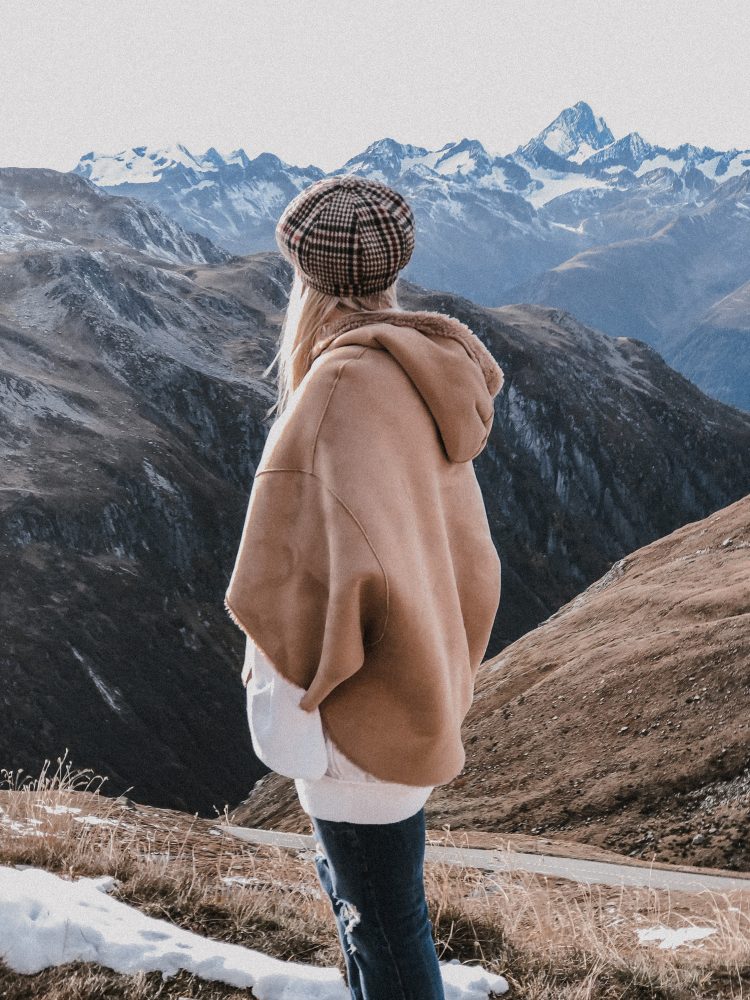 Switzerland is the most beautiful country I’ve ever been to. It doesn’t matter which city you’re in, you’re always surrounded by beauty.

Last year, we started our trip in Europe by going to Lake Como, Italy first and then driving into Switzerland. Lake Como is very close to the Italian-Swiss border so it only takes an hour to get into Switzerland. You can actually do a day trip by train from Lake Como if you only want to visit for a few hours, but I recommend staying in Switzerland for as long as you can. When we left Lake Como we were headed to a tiny town called Wengen, which is right next to the more popular town of Lauterbrunnen. The drive should’ve been around 4 hours but it took us almost double that because of all the stops we did.

We were a little nervous about doing such a big road trip in another country, but it was such a good decision!

We wouldn’t have been able to see so much if we had taken the train or flown. Side note, I recommend getting an international driver’s permit- it’s very easy and took about 15 mins to do online. We were never asked to show it but it’s a good idea to have it just in case. Italy does require you have one if you don’t have an EU driver’s license, but I read mixed information on if Switzerland required it. We needed it either way since we were traveling through Italy as well.

Our first stop in Switzerland was in Lugano; it’s a pretty big town and quite ritzy with a lot of high end shopping. Definitely has a Beverly Hills vibe. It’s the first major town you drive through after entering Switzerland (if coming from Lake Como) and it’s surrounded by a beautiful lake (Lake Lugano). We had heard about a cable trolley you can take to the top of Lake Lugano and have lunch at, so that’s the main reason we stopped there. It was a fun experience and there’s certainly beautiful views, but after seeing more of Switzerland, you can find better views elsewhere. If I could do it again, I would stop for shopping or not at all. The reason being, it took about two hours and as we continued on our journey there were SO many other beautiful places to stop. Also, as we got about an hour from Wengen, we had lost daylight and couldn’t see the views anymore. I would’ve rather had those additional two hours of daylight.

Before it did get dark we stopped for some photos while driving through the Nufenen Pass- that’s where the photos below were taken. The area is stunning but it was also freezing! We didn’t see the snow until we got out, but the wind was insane and is the main reason it was so cold. There was a group of cyclists riding up the pass and they stopped where we did and found some shelter from the wind by staying next a restaurant that was closed. The drive through this area took an hour or two but I’m so happy we saw it.

As we got closer to our final destination, we stopped in the town of Meiringen to find a bathroom. It was dark at this point, so we didn’t even know where we were stopping but I’m so glad it was in this town! Everyone who knows me knows I love Sherlock Holmes (the tv show is my favorite and I love the movies). So it was such a happy coincidence that we stopped in this town because so much of it is dedicated to Sherlock Holmes- it is the town that Sir Arthur Conan Doyle visited and used as his inspiration when writing “The Final Problem”. There is a tourist spot nearby called Reichenbach Falls which is a beautiful waterfall and is supposed to be where Sherlock and Moriarty have their final showdown in the book. There is also a Sherlock museum and fun little mentions of the books throughout the town. I’m bummed we didn’t see it in the daytime or have more time to stop and explore but I’m happy we saw it.

We finally reached Wengen about an hour later, but it was dark so we didn’t get to see all the beauty we were surrounded by until the morning. I’ll talk more about our stay there in my next Switzerland post. 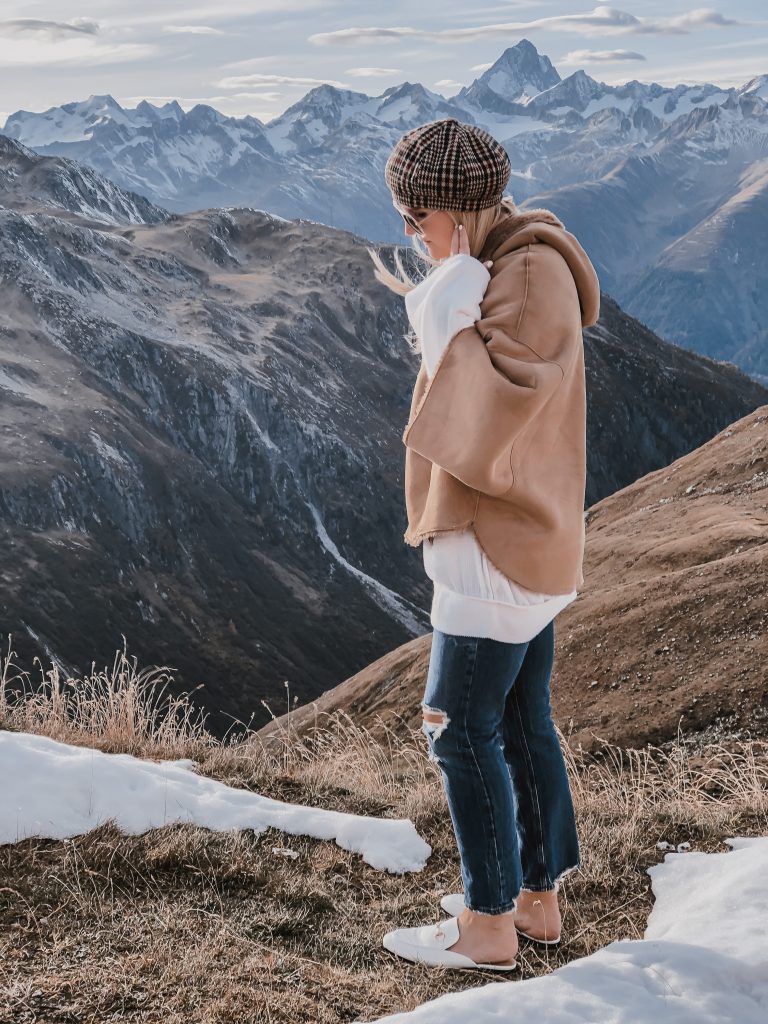 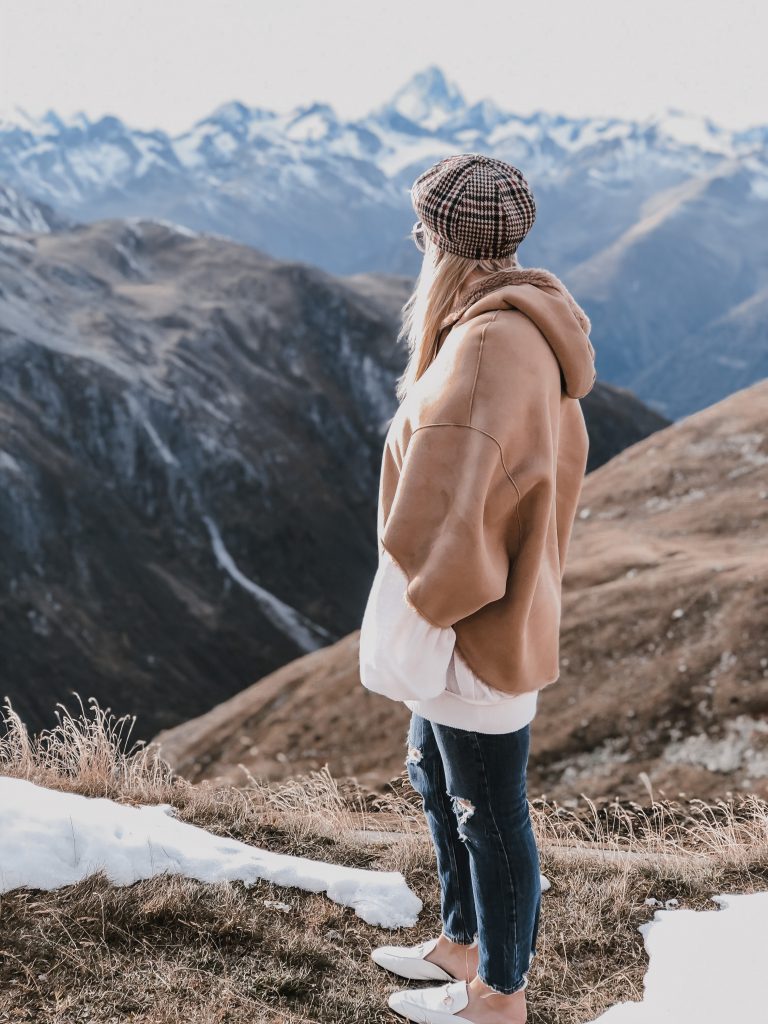 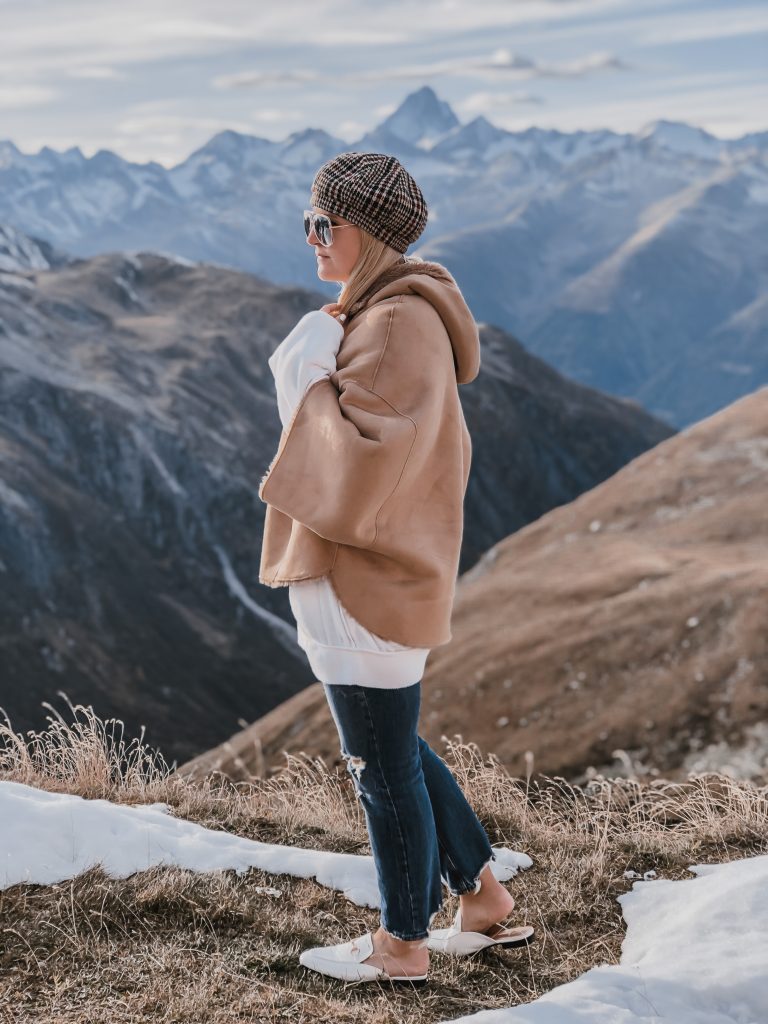 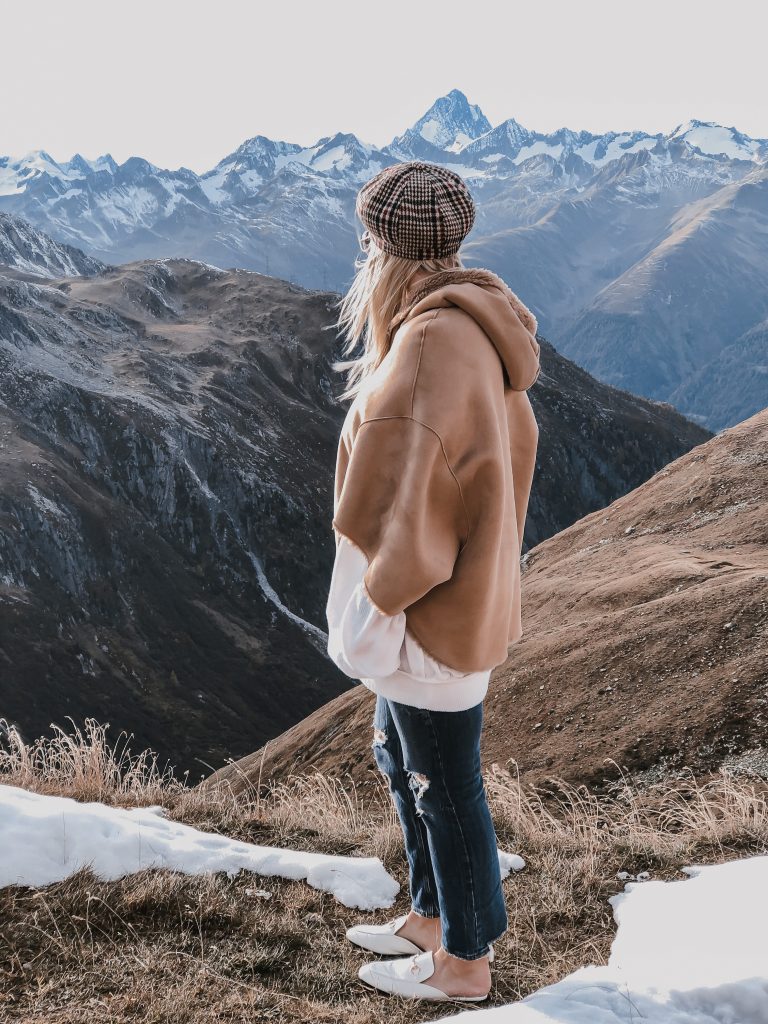 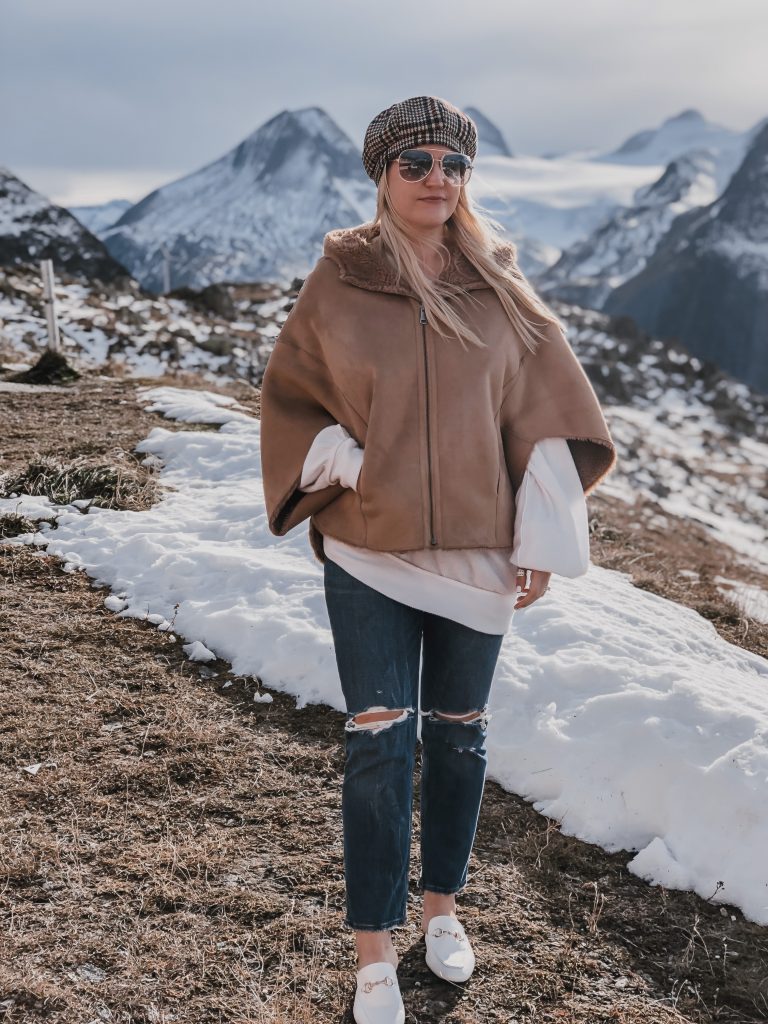 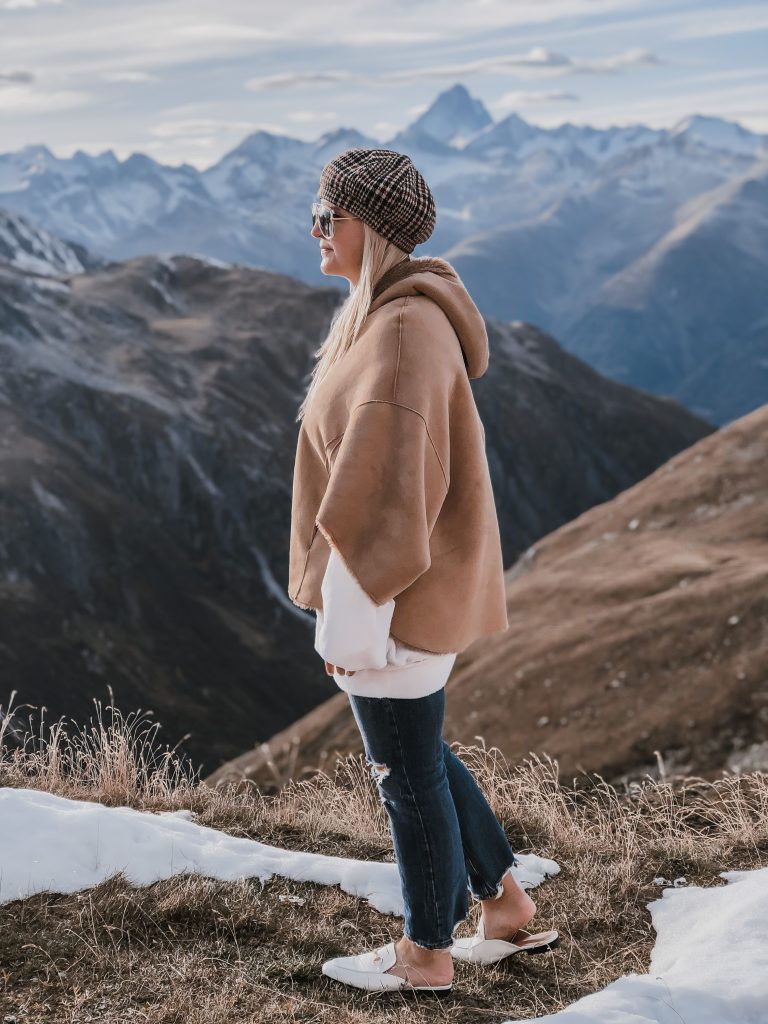