This $18 dress is perfect for end of summer/early fall + it comes in tan & black! 🍁🍂(Now I want the tan 🙊). Link in bio for details http://liketk.it/2VQ5O @liketoknow.it #liketkit #falloutfitideas #affordablefashion #casualootd #streetstylelook ...

My outfit from last weekend, for some wine tasting to celebrate our anniversary 🎉🍷 Outfit details are live on the blog <Link in bio> 🖤 #weekendootd #allwhiteoutfit #graphictees #myootd #casualchic ...

All the necessities 💁🏼‍♀️ Clutch is only $30 & a great designer dupe 🖤 <Link in bio for details> http://liketk.it/2U8ig @liketoknow.it #liketkit #LTKitbag ...

Friday! 🙌🏻 I now own this $10 t-shirt in 4 colors 🙈 Details for this outfit are live on Purelychic.com <Link in bio> http://liketk.it/2U15J @liketoknow.it #liketkit #outfitinspiration #outfitideas #myootd ...

Just finished cleaning the house and taking Scotch to the park, so I’m having a pretty #productivesaturday 🙋🏼‍♀️💪🏻 BTW, this $25 linen top is back in stock and comes in several other colors 🖤 (link in bio for details) http://liketk.it/2TxS2 @liketoknow.it #liketkit #myootd #readyforfall #outfitinspo #puffsleeves ...

Today is World Day Against Human Trafficking.💔 There’s truly no greater evil than selling a child or adult for sex, labor, or organ harvesting or creating (and purchasing) child exploitation material.

• Human Trafficking is the fastest growing criminal enterprise in the world and it makes $150 billion dollars a year.
• The U.S. is the #1 consumer and producer of child exploitation material.
• There are 30 million people enslaved today & 10 million of them are children- there are more slaves today than any other time in history- even when slavery was legal.
• 17,500 women & children are trafficked in the US every year. • On average, a trafficked child is victimized 5.4 times per day in the U.S.
• CA has the highest reported human trafficking cases in the U.S.
• Los Angeles, San Francisco, and San Diego are 3 of the 10 worst child sex trafficking areas in the U.S.
• As the demand and availability for child abuse material increases, desensitization has caused the number of younger victims to grow-including newborns.
• Sex trafficking & the porn industry go hand in hand- one doesn't exist without the other.

There are many more disturbing facts that I won't even share, but please, at a minimum, learn what the key indicators of a child or person being trafficked looks like so you can report it. To report it, you can call the police or the National Human Trafficking Hotline: 1-888-373-7888.

I believe I saw a child being trafficked last year in Las Vegas, but because I didn't know what the signs were, I did nothing and it still makes me sick to think about it. I pray I was wrong of course or that at least someone else was braver than me and reported it.

P.S. It makes me so mad that big companies like @disneyland who were created for children, are posting about a stupid made up day like "Friendship Day" instead of something important like this. #savethechildren #endsextrafficking #worlddayagainsttrafficking #endslavery #endchildtrafficking ... 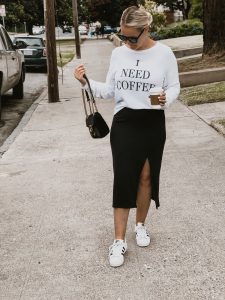